But has Triathlon prepared us for THIS?

But has Triathlon prepared us for THIS? 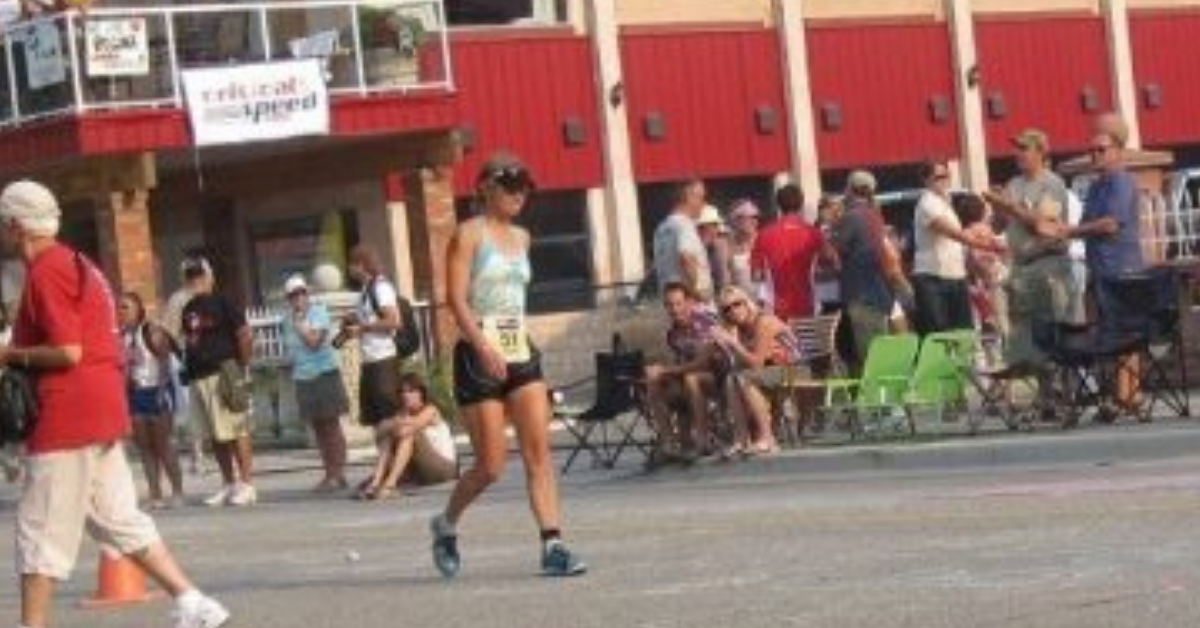 Has racing triathlon made us better at coping when things don’t go as expected? For some of us, the answer is definitely yes.

Writer’s note: I wrote this a couple months ago. Before COVID-19. Before all the races were cancelled. Before the world dove into the unknown. And now I’m thinking that maybe the ability to get over sh*t quickly when it hits the fan might just be another example of how sport has prepared us for life.

I used to think I was really good at letting sh*t go quickly. You know, getting over it when things go wrong.

We know that world-class athletes let go of failure at alarming speeds; processing bad results, learning the necessary lessons and moving on to training for the next thing swiftly. And while I was never a top-shelf world-dominator, I was a pretty decent athlete and I took pride in my world-class ability to let go. Until August 12th, 2012.

Anyone remember the ill-fated New York Ironman? Every aspect of that race was somehow doomed. The name itself was a misnomer, as the course was mostly in New Jersey, and the double-ferry journey to the start began before 3am for the professional athletes.

There was no time or river real estate available for a swim warm up, which led to an increase in amateur athletes panicking at the start. Also, two days prior the NY Times wrote: “Westchester County sent partly treated human waste into the Hudson River, nearly forcing the organizers to cancel the swimming portion.” This led to a humorous tweet from fellow pro Mary Beth Ellis about being “up sh*t creek without a paddle.”  Indeed we were.

The 3.8km swim was straight downstream in a current and we swam ridiculously fast times, like 15mins-faster-than-usual fast. I think I swam 41 minutes. I would look it up, but anyone who has tried to find past results from discontinued races on the new Ironman site will corroborate my story that it would take longer to do that than write this whole article, so I’m going with 41mins. (My usual Ironman swim time was about 55mins.)

Additionally, the tragic drowning death of 43-year-old Andy Naylor during the swim due to a “medical event” started the day off on a sad, heavy, back foot.

It was extremely hot that day and late in the marathon, as survival mode settled in, athletes had to dodge picnickers and casual joggers in Riverside Park on their way to the finish line. After a poorly-received attempt to pull off the race again in 2013 by charging $1200 for an entry, Ironman pulled the pin on the New York race. And eight miles into the marathon, running in 9th place, I pulled the pin as well.

As mentioned above, up until this point in my career, I was a prize DNFer. I was the kind of athlete who went all in and either showed up at races ready to go (and rarely finished outside the top 5), or, I showed up totally overcooked, physically and mentally depleted and ended up walking, sitting on the side of the road or in an ambulance.

Side point: We have this weird “do or die” attitude in Ironman, as if it’s the worst thing ever to stop during a race. “PR or ER” I believe is the phrase. Sorry, but WTF?!  As someone who suffered from “chemical” injuries way more than physical injuries, I just want to say, I think that’s BS. I rarely had an overuse injury, no stress fractures or sore knees here. What would happen to me when I pushed too far in training is my hormones would end up out of whack, my thyroid and testosterone numbers would be low and I often wouldn’t know about it until I lost the will to live during an Ironman run.

Prior to Ironman New York that day, I had dropped out of maybe 5-6 Ironman races. I honestly can’t recall, they matter so little. Mainly, I just know that in the time between deciding my day was done (either on the bike or the run) and limping back to my hotel, I was usually over it. I would shed a few tears, figured out why I wasn’t able to perform and was ready to get up the next morning and start training for the next one.

A friend of mine made the mistake of reaching out that evening and ended up listening to my babbling tears and the day’s long list of regrets. The difference for me that day (unlike other DNF’s) is that I felt I had given up. And I couldn’t get over it.

That’s when I realized that my cosmic powers of getting over sh*t quickly weren’t so magical after all. I had to figure out a new path to dealing with disappointment.

Sometimes the hardest thing to do is carry on when you just don’t feel like it. And feeling like a dropout and a failure is no place to be when you’re trying to execute champion-athlete level workouts daily. So for the first time in awhile, I had to pretend. I had to get up every day and pretend that I felt something different, that I was ok with dropping out and ready to move forward.

I think sometimes we over-complicate the psychological aspects of sports performance. If you want to be good at something, surround yourself with people who are better than you at that thing, and who believe you can get to where you want to go. Get up every day, ask yourself “what needs to be done today?” in relation to your big goal and do it. I mean, maybe I’m over simplifying, but I really think that’s true.

I definitely put that mindset to use for 15 years as I trained and competed as a pro athlete, eventually winning two Ironmans in one year. And while there are a lot of things I could have done better, I still think my mental skills were an asset.

After that day in 2012 when I realized I wasn’t mentally bomb proof, I continued to hone the craft of learning lessons quickly and practicing moving towards my goals. I did this through the very simple practice of getting sh*t done regardless of mood or heavy legs or fear of failure. I did it by observing my emotional life as if it belongs to someone else and simply carrying on.

(My editors have informed me that I need to expand on what I mean by “observing my emotional life,” which I’m slightly reluctant to do because I’m not an expert, but I can tell you my experience, so here goes.)

My philosophy is that a feeling is just a feeling and it’s the meanings we attach to our feelings that cause problems. So like it or not, even though it really feels like the guy who just cut you off in traffic is TOTALLY RESPONSIBLE for your anger, in reality, he is not.

The anger itself lives in us, it’s ours to deal with, process and make sure we come out the other side feeling better.

So, in this example, I was the one who cut myself off in traffic, (by DNFing from the race) and I was angry and disappointed in myself. A negative cycle started because I was blaming myself for my own emotions and that’s how I ended up stuck.

Again, this is just from experience, but the best way to detach yourself from an emotion is to sit quietly and just feel. Then give the emotion a form in your mind. For example, I sometimes see sadness as a blue ball in my chest. Or anger as fire in my head. From there, you’ve gained perspective on the feeling, and have greater control over how you react to it.

Once you’ve gained a sense of objectivity, you can give yourself advice like you would a close friend, with compassion and distance. (And, TBH, I give pretty good advice so it’s all downhill from there :).)

In April of 2015, I was riding home from a training session when my front fender buckled and went into the front wheel of my road bike, whipping me forward to the ground and shattering my wrist under my handlebars. In the split second between my brain realizing something bad was happening and lying on the ground with my wrist in pieces I thought “Well, the next few months are going to bring some new opportunities.”

Basically, I had practiced moving forward during adversity so much that it had become my auto-pilot reaction to sh*t going wrong. My world-class ability to get over sh*t quickly was restored.

Sara Gross is a two-time Ironman Champion and holds a doctorate in women’s history. She founded Live Feisty Media as a way to celebrate fresh and empowered voices in triathlon and beyond. She lives in Victoria, BC with her daughter Rosalee. 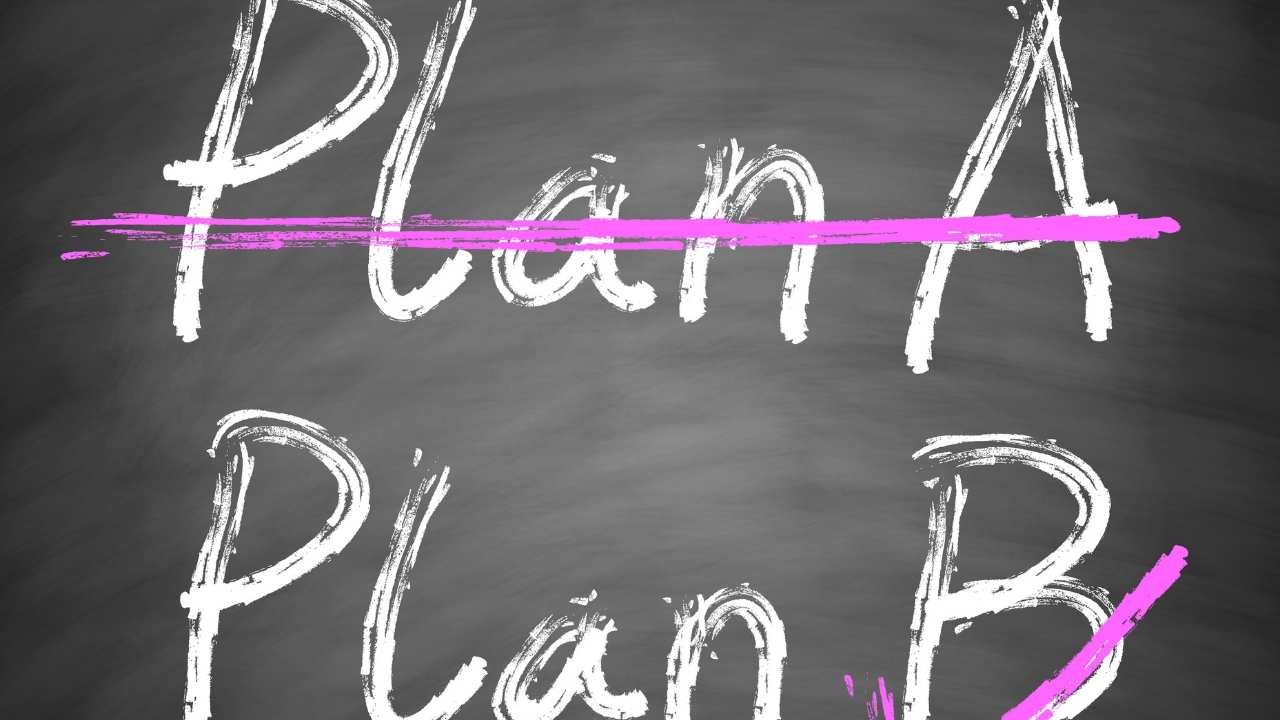