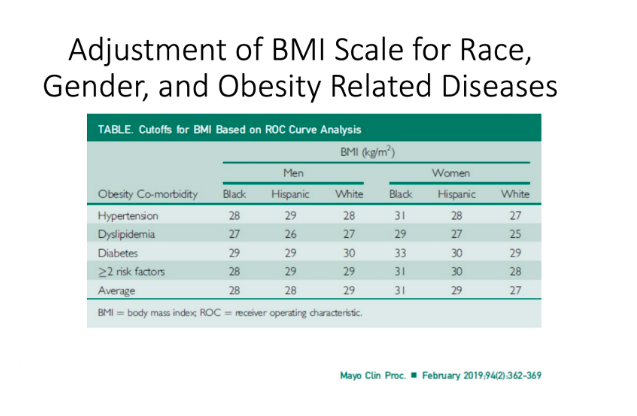 With the NAMS Annual Meeting in the rearview mirror, this is what we’d like to see in the future.

The North American Menopause Society (NAMS) held its annual meeting last month. I attended for the first time and was treated to 3 ½ jam-packed days of lectures and scientific sessions. I was heartened to see so many brilliant minds at work to make the menopause experience better for all of us. It was clear that NAMS has been working hard to clarify messaging around menopausal hormone therapy (you can read their position statement here) and that we should expect that work to continue, especially with regard to teasing out the effects of each formulation.

I left with some immediate “hot takes”, like we really need to take hot flashes seriously and menopausal women absolutely should prioritize making muscle (that was my take, not theirs…more on that in a minute).

Now that I’ve been marinating on all the sessions for a month, I have what I’ll call “simmering takes,” or topics I have been stewing on since leaving, that have left me wishing for more. The following top my menopause wish list:

A Cohesive Message About Weight

This might be a big ask, but I believe in setting bold goals. Opening day included a session on weight loss in menopause that included advice to set calories at 1,200 to 1,500 calories a day in whatever form women preferred because macronutrient composition wasn’t considered that important. There was also the standard advice to monitor food and activity (aiming for 150 to 175 minutes of activity a week for weight loss and 200 to 300 minutes for maintenance), to monitor weight weekly, and to provide a curriculum for behavior change.

The next day, another presenter delivered a presentation that opened with slides stating that weight is not a simple equation of calories in/calories out and that when it comes to weight loss all calories are not created equal (a statement I co-sign FWIW). In fact, she said, by choosing nutrient-rich, whole foods, women could lose weight even if they consistently chose foods that contained a higher number of calories. (Her example was choosing a quinoa-legume-veggie bowl over a slice of pepperoni pizza).

This mixed messaging isn’t surprising when you consider that the top researchers in the world still don’t agree on the mechanisms behind weight gain and loss. But it was jarring to receive in real-time on an educational stage such as this. Weight and body composition changes are one of the most distressing issues for many women. I’d love to see NAMS present cohesive messaging around this one.

I’m planning to investigate this whole topic further, and I would encourage anyone who wants a deeper dive in the meantime, to check out the work of Fatima Cody Stanford, MD, MPH, MPA (she was the second day’s presenter) and check out her talk on Why We Struggle With Weight (and cross your fingers that I can get her on the show!) She also presented one of the best presentations on the complexities of obesity and the disparities of BMI (which she acknowledged is deeply flawed), race, and disease I have ever seen, including this slide below, showing that the scale just isn’t the same for everyone.

One more word about weight. I don’t think enough members of the medical community fully understand the mental toll stepping on a scale in the doctor’s office can have. I know women who will outright avoid going to the doctor unless their arm has to be sewn back on because stepping on the scale can toss them right back into disordered eating, eating disorders, and other destructive behavior. It doesn’t just “upset us” and turning to face away from the number doesn’t make us okay. There are many ways to determine health, like a total blood panel, blood pressure, and so forth. If scales stress you out, you can simply decline being weighed. (I do it all the time. I just say, “I don’t do scales”.)

Sarcopenia (aka muscle loss) during menopause came up a lot during the meeting. It’s bad for our metabolism, bone health, glucose/insulin levels, cardiovascular health, well-being (I could go on and on).

Exercise was brought up broadly throughout the sessions, generally in the context of “it’s good for you” and women should be meeting at least the minimum guidelines of 150 minutes a week of moderate exercise or 75 minutes a week of vigorous activity.

But strength training barely received more than a cursory mention. Certainly, nobody was talking about the type of strength training that incorporates heavier weights that we talk about here. I wished many times I could put up my own slides and videos showing what menopausal women are capable of when you give them some weights to lift — and how much it benefits them psychologically and physically when they do.

It would be amazing to see a session all about muscle and menopause next year (paging Dr. Carla DiGirolamo on this one!)

A Self Advocacy Checklist

Anyone who’s ever navigated the healthcare system knows that you often need to be a strong self-advocate to get the care you need. That’s doubly true during the menopause transition when women’s symptoms can go untreated by primary caregivers who are still operating under the notion that hormone therapy causes cancer, full stop, and that women in their 40s are “too young” for menopause (though perimenopause can start in your late 30s…).

The NAMS meeting drove home how essential self-advocacy is, especially in the areas of cardiovascular care and bone health.

There were a number of sessions on menopause and heart disease including one by Viola Vaccarino, MD, Ph.D., of Emory School of Medicine in Atlanta, Georgia, where she outlined women’s unique cardiovascular disease burden, including the fact that compared to men, we have more heart disease with lower plaque levels, we have more symptoms and disability, we get heart disease later, but have worse outcomes, we are more likely to die from a heart attack, and that our risk accelerates in midlife coinciding with the menopause transition. A separate paper presented by Matthew Nudy, MD, showed that the severity of menopausal symptoms was significantly associated with cardiovascular disease and mortality.

So, we need to pay attention to our symptoms and to our cardiovascular risk factors. It can save our lives.

Finally, everyone should be pressuring the medical system to be more proactive with bone health in menopausal women. During his presentation on the topic, Michael R McClung, MD, Founding Director of Oregon Osteoporosis Center Portland, Oregon, stated that menopause should be considered a risk factor for osteoporosis and that we should measure bone density when menopause occurs because if we wait until the recommended age, which is 65, we’ve missed an opportunity to intervene during the critical window of bone loss in the menopausal transition.

Illustrating that point, he put up slides showing that on average, bone mineral density (BMD) in the spine and hip decreases by 10% to 12% across the menopause transition; that about 27 percent of women ages 65 and older have osteoporosis, and half of postmenopausal women will have an osteoporosis-related fracture in their lifetime.

I would love to see someone pull together a menopausal women’s checklist for tests we should be requesting from our doctors. In fact, maybe I’ll make one of these wishes come true and do that myself…Stay tuned.