Running Saved Me: A Mother’s Story of Strength in the Face of Pain

Running Saved Me: A Mother’s Story of Strength in the Face of Pain 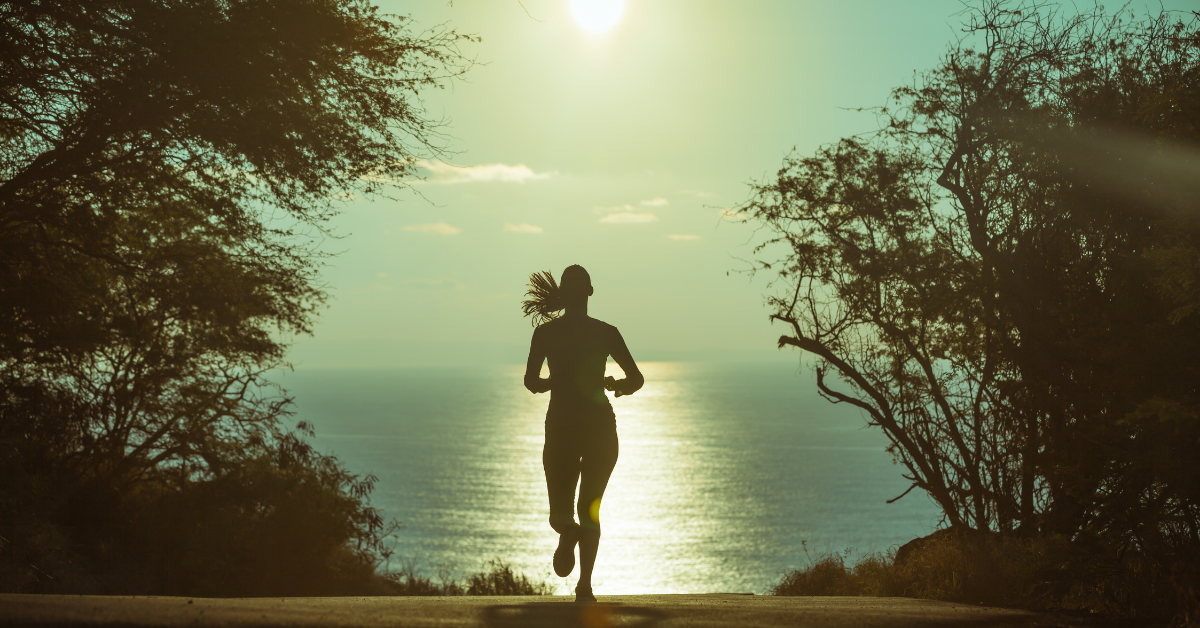 Lynn Keane spent years training building her physical strength as a runner and triathlete. After the loss of her son, she came to realize that the miles on her legs had also built her mental strength, and she came to lean on running to carry her through the most difficult times.

One week I was training for a marathon. Wondering if I still had what it took to complete the 26.2-mile effort. The next week I was grieving the loss of my son to suicide.

Everything that I’d held to be true was erased in a manner of hours. The framework for living dissolved with my tears. Numbness followed rage and sadness. Any activity outside of brushing my teeth and getting out of bed seemed impossible and not worth doing.

As endurance athletes, we are accustomed to managing the physical and emotional stress of training day after day. And as a long-distance runner my body was used to the physical pain and discomfort that comes from pushing beyond one’s limit. The years of endurance training and racing had made me emotionally strong and created a reservoir of resilience within me. However, in the immediate aftermath of trauma I didn’t recognize myself and I was not in any position to lean on the strength that I’d built up over the years.

Looking back, that slow jog was the elixir I needed. To be outside, alone and doing what came naturally allowed the physical and emotional pain to shift just enough to give me clarity.

Running had taught me about persistence, and commitment and that I could achieve anything if I was willing to put in the effort.

I didn’t know when I began running in middle age that I was helping my brain and body. I didn’t know that I would meet Bono after my first Boston Qualifying marathon in Toronto or that I would have my family’s support at some of the most hallowed finish lines in the sport. Running has provided opportunities to work in community as a mentor, a co-race director and run ambassador for lululemon. As much as I loved running, I would never have known that it would serve to heal my soul and put me on a path toward acceptance and peace.

Several days after my son’s suicide I decided it was time to get out of the house and go for a run. My husband followed me in his car in the event I needed help or decided the run was a bad idea. At some point, I waved him off and carried on. Wailing at the blue sky. Bargaining and lashing out at a higher power- ‘how could this happen to our family’?  I came to understand that crying and longing would be followed by moments of grace, even lightness-there would be respite and I held onto that every day.

Looking back, that slow jog was the elixir I needed. To be outside, alone and doing what came naturally allowed the physical and emotional pain to shift just enough to give me clarity. Being outdoors provided wide open spaces to run and be fully absorbed in the suffering.

On Mother’s Day May 10, 2009, I managed to make it to the start line of a race, settling on running a half marathon. I was not ready to handle a 42.2-kilometre race. Truthfully, I didn’t know if I could finish the half either.

After losing my son I preferred spending most of my time in solitude, but on that day being surrounded by other athletes provided comfort. The nervous energy, the loud rock tunes reminding us that ‘we are the champions’, all of it appealed to me in a visceral way. I felt powerful and ready to do battle with the road and whatever else the day threw at us.

At least on that overcast morning no one knew my story. I could be like everyone else for a few hours. I could run and feel all the feelings and cry and raise my hands to the sky in gratitude at the finish line in my son’s honour.

After the race, I sat with my finishers medal and the knowledge that I had gone outside of myself and accomplished something on that day that would sustain me in the years to come. Not only had I raced despite such a crushing loss, I also recorded my second fastest half marathon time. How does that even happen? I don’t remember the details of the race anymore, but I must have gone into a zone or protective bubble for much of it.

Running can carry us even when we think we can’t go on.

Our tragedy forced me to live at a different level. I found strength within myself to do something that was not going to be comfortable, and it turned out to be a salve for my wounds. Putting one foot in front of the other had somehow softened my heart.

As Eleanor Roosevelt said: “You must do the thing you think you cannot do.” And I did.

Through years of long-distance running, I had built up a reserve of mental toughness which allowed me to qualify for the Boston Marathon five times over an eighteen-year period. The perseverance learned over those years provided strength during my hardest days and gave me the courage to share my son’s story so that another family might be spared our day-to-day reality. You can watch that on YouTube here: https://www.youtube.com/watch?v=L8Vx_5Zr_kM

When I stand at the start line of Ironman California this October, I will be drawing on my life experiences, physical training and emotional fortitude to support me through the 140.6-mile odyssey, which is widely considered ‘the most mentally and physically challenging feat of human fitness’.

In the years that followed losing my son I realized that I was stronger than I ever imagined.

On Mother’s Day 2009, I had gone deep and discovered a well of resilience through running the half marathon that allowed me to take my son’s note and read the entire contents in his truck. After reading his last dispatch I sobbed uncontrollably. The peace that the race had offered was coming to an end. The act of running gave me purpose on race day and slowly and gently helped me to heal. Running showed me the courage I already had. Sometimes running allows us to do superhuman things.

Lynn Keane is a speaker, author, anti-racism activist, and passionate advocate for suicide prevention and mental wellness. She has spent the last decade educating the public about the devastating reality of people in crisis and suicide. A deeply personal issue for Lynn as a mother, and former broadcast journalist. She has turned her son’s story into a call for action to re-examine how we view and treat mood disorders, as well as challenge the long-believed myths about addictions and disorders of the brain.

Lynn is a 5x Boston Marathon competitor and endurance triathlete. She is currently training for IM California (Fall 2021)