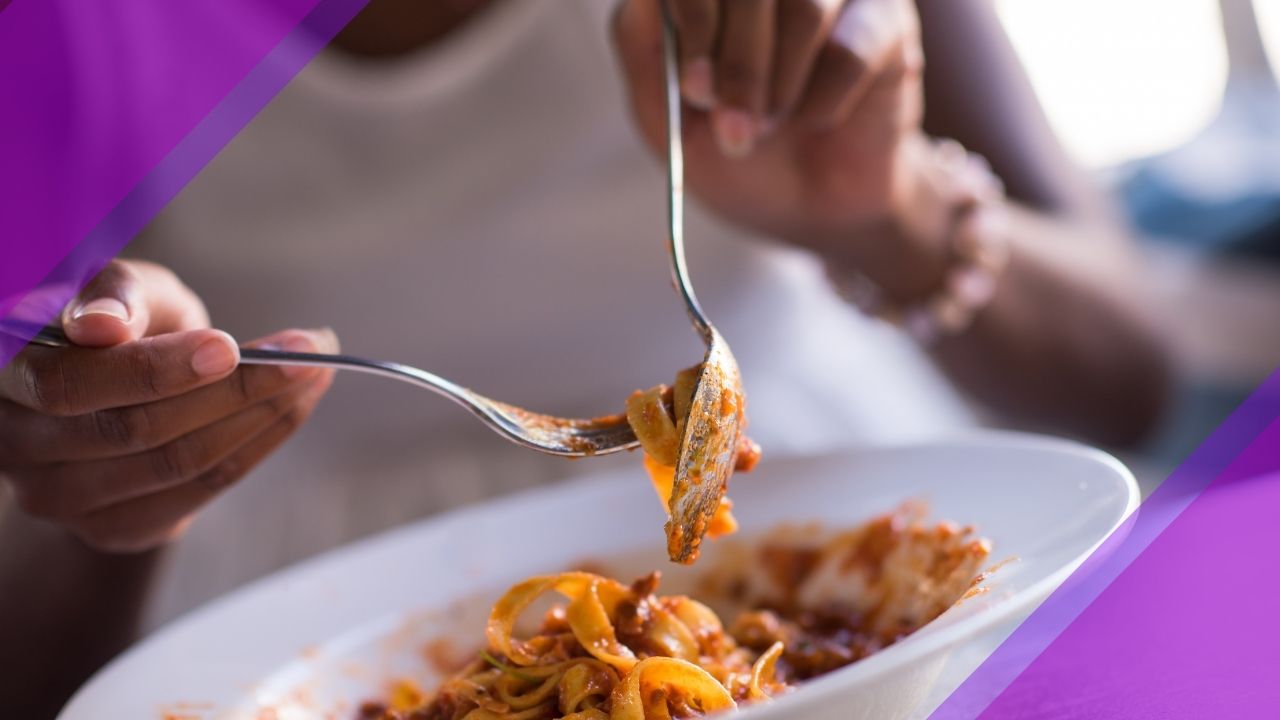 High carb. Low carb. No carb. Women in menopause get a whole lot of mixed messages. Let’s cut through the confusion.

Hang around certain corners of the internet long enough and you’ll become convinced that carbohydrates are the devil incarnate.

Truth is active menopausal women perform best when they’re well fueled and that includes carbohydrates, which are a primary fuel source for exercise (especially higher intensity efforts) and the preferred fuel source for our brain. Carbs improve performance, delay fatigue, and are good for our moods and mental health.

If you eliminate or restrict them, you are going to miss out on important fiber, antioxidants, anti-inflammatories, and phytonutrients that you need as an active woman. Hillary Wright, MEd, RDN, who is a registered dietitian and the author of The Prediabetes Diet Plan, said in Episode 8: Eat Carbs! of the Hit Play Not Pause podcast, “You’re probably going to be tired all the time and maybe more depressed.”

Carb restriction also elevates your stress levels and increases your risk of iron deficiency and anemia. This is true even among men. A study published last month in Medicine & Science in Sports & Exercise found that race walkers who followed a low carb high fat (LCHF) diet for six days, had a higher inflammatory and hepcidin (which is linked to inflammation) response after exercise than they did when they were eating a higher carb diet. That’s a problem because hepcidin makes it harder to absorb iron after exercise. Women need to be especially cautious here. Hepcidin already stays elevated up to 24 hours post exercise in post-menopausal women. The higher it is and longer it remains elevated, the more problematic it is for iron absorption.

The athletes also had higher cortisol levels and unfavorable immune markers when they trained on the LCHF diet. Plus, they were more than 7 minutes slower on a 25K laboratory race walk test than they had been after following a higher carb diet.

Cutting out carbs may also be detrimental to bone health (which is something menopausal women should not mess with). A 2019 study investigated how diet and exercise impacted bone-health makers in elite endurance athletes after they spent 3 ½ weeks on a low carb high fat (LCHF) diet and then again after they started eating a higher carb diet.

The researchers found that markers of bone resorption increased and markers of bone formation decreased, and those markers didn’t completely bounce back after the athletes resumed their higher carb intake. The authors concluded, “Long-term effects of such alterations remain unknown, but may be detrimental to bone mineral density (BMD) and bone strength, with major consequences to health and performance.”

Cutting out carbs doesn’t make any more sense today than cutting out fat did in the 1990s. There’s a reason that there are three macronutrients. We need them all. Generally speaking, moderately active women need 3 grams of carbs per kilogram of body weight, says women’s physiology expert Dr. Stacy Sims, creator of Menopause for Athletes and author of the upcoming book Next Level.

Active, performance minded women still need carbs. We just do better metabolically if we dress them up and time them well. That’s because the hormonal and metabolic changes that happen during this time can make us become more carbohydrate sensitive and insulin resistant.

A recent study of 1,002 women published as pre-print in The Lancet (which means it has not yet been peer reviewed) found that postmenopausal women had higher fasting glucose, HbA1c (a meausure of average blood sugar levels over the past 90 days), and inflammation than premenopausal women (this was true even if they were the same age). They also consumed more sugar and had poorer sleep and their blood sugar and insulin responses were higher after eating than their premenopausal peers. The researchers concluded that diet and gut microbiome changes could help resolve some of these issues.

“The good news is that what you eat may partially reduce the unfavorable health impacts of menopause, either directly by reducing inflammation and blood sugar spikes or indirectly by altering the microbiome to a more favourable composition,” senior author of the study, Dr. Sarah Berry, who is Associate Professor at King’s College London and Lead Nutritional Scientist at ZOE said in a press release.

What do those modifications look like? They look very similar to the general dietary advice that’s good for everyone: emphasize whole foods and go easy on super refined carbohydrates.

“Carbohydrates that come from nature that human beings have been eating forever—whole fruits and vegetables and whole grains—are quality foods,” Wright said in our interview. “When you take a carbohydrate whole food and you process it into something else, you often end up stripping out a lot of health benefits and so then they become carbs for fun.” You know, like Skittles and red velvet cake.

To be clear, postmenopausal women can still eat carbs that are just for fun. Fun carbs are great for birthday parties and can also be quite useful before and during exercise. When you’re on mile 97 of a 140-mile ride, that bag of Sour Patch Kids may save your day.

Our goal here at Feisty Menopause is to always provide guidance for working with your changing physiology during and beyond the menopause transition. When it comes to carbs, here are some strategies that can help offset the increased carbohydrate sensitivity that can happen during this time. 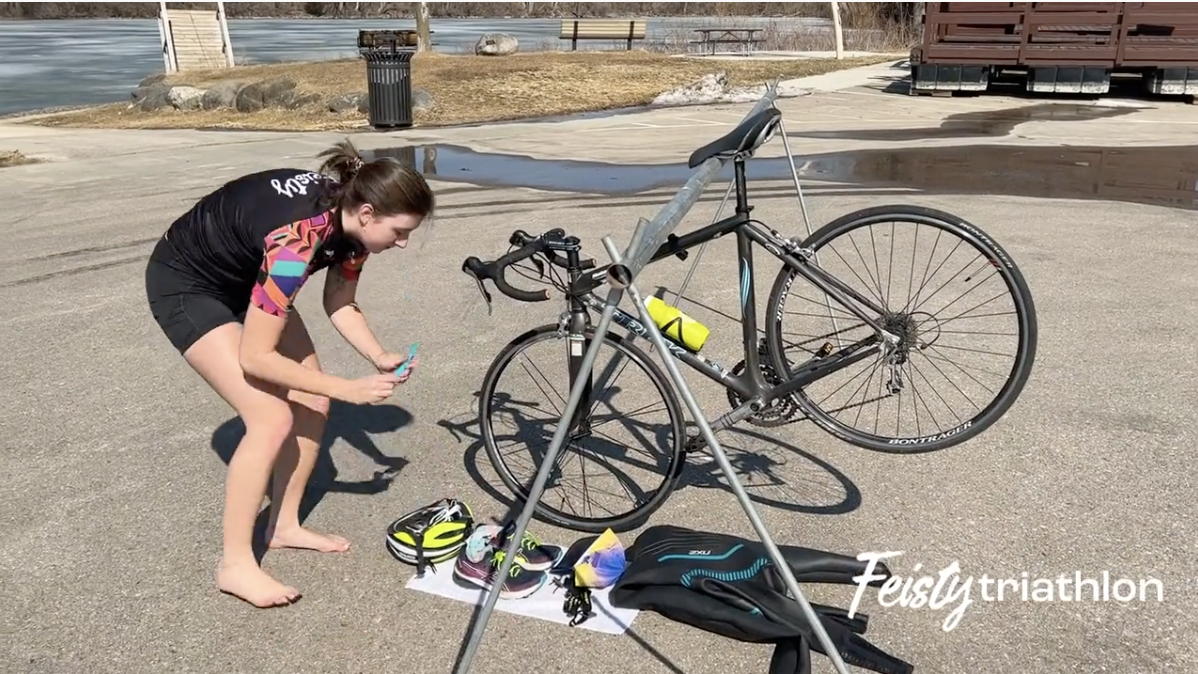 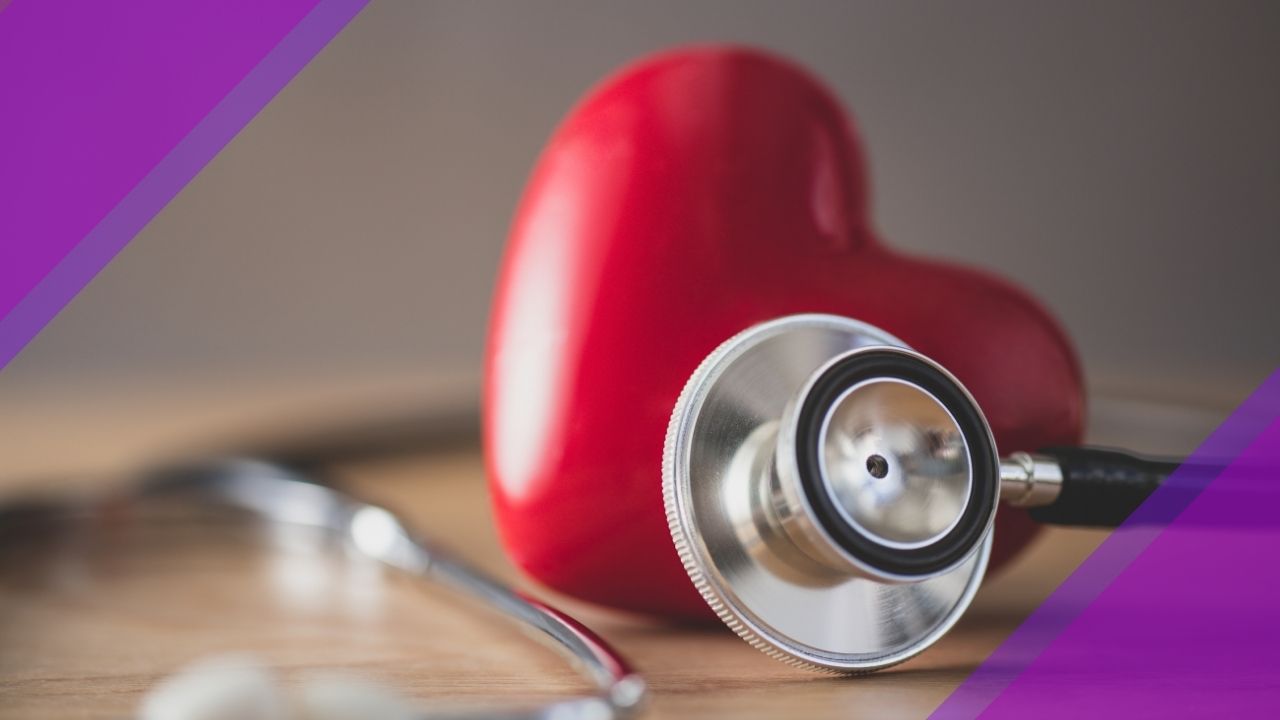 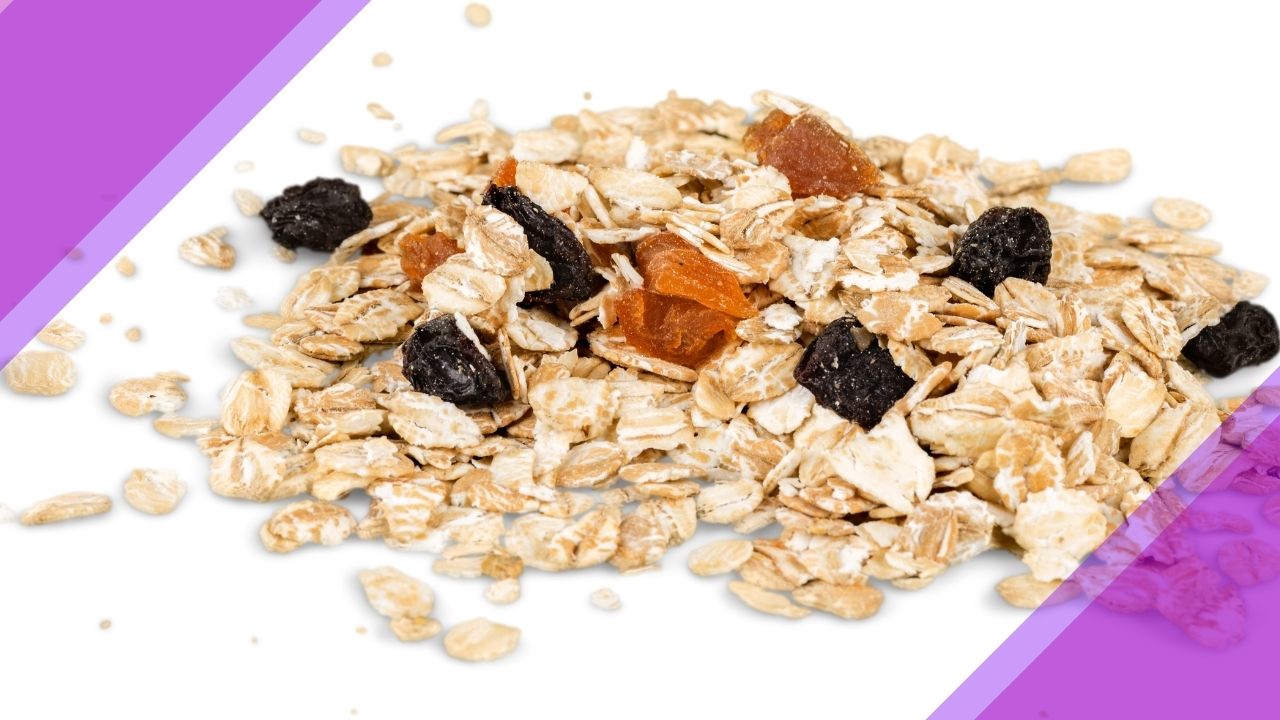 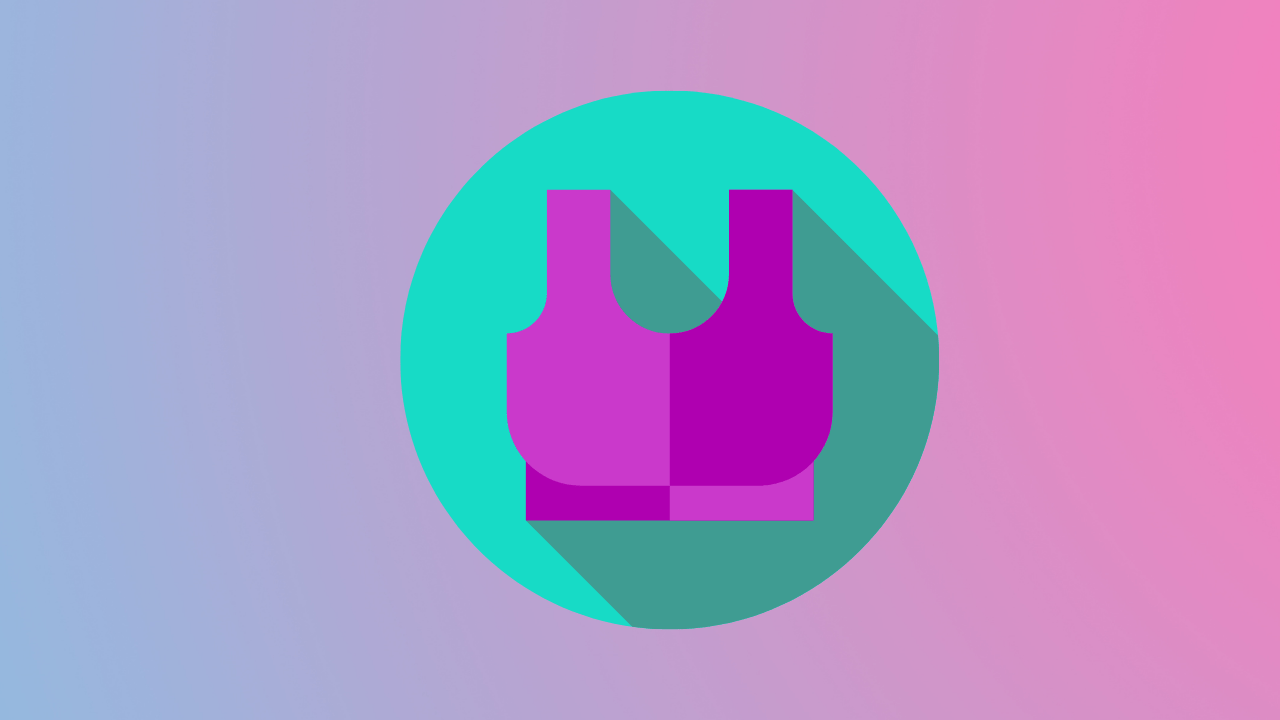 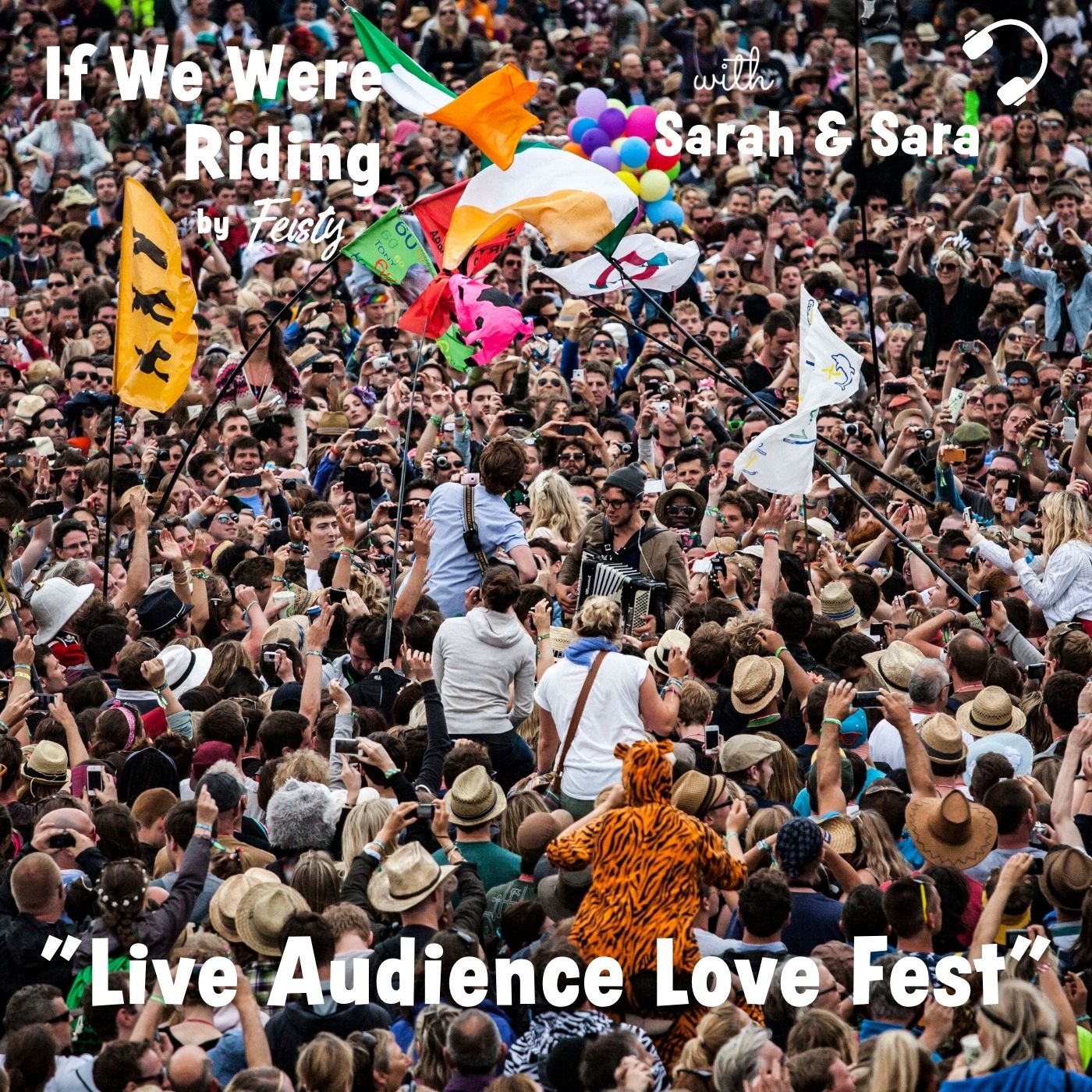 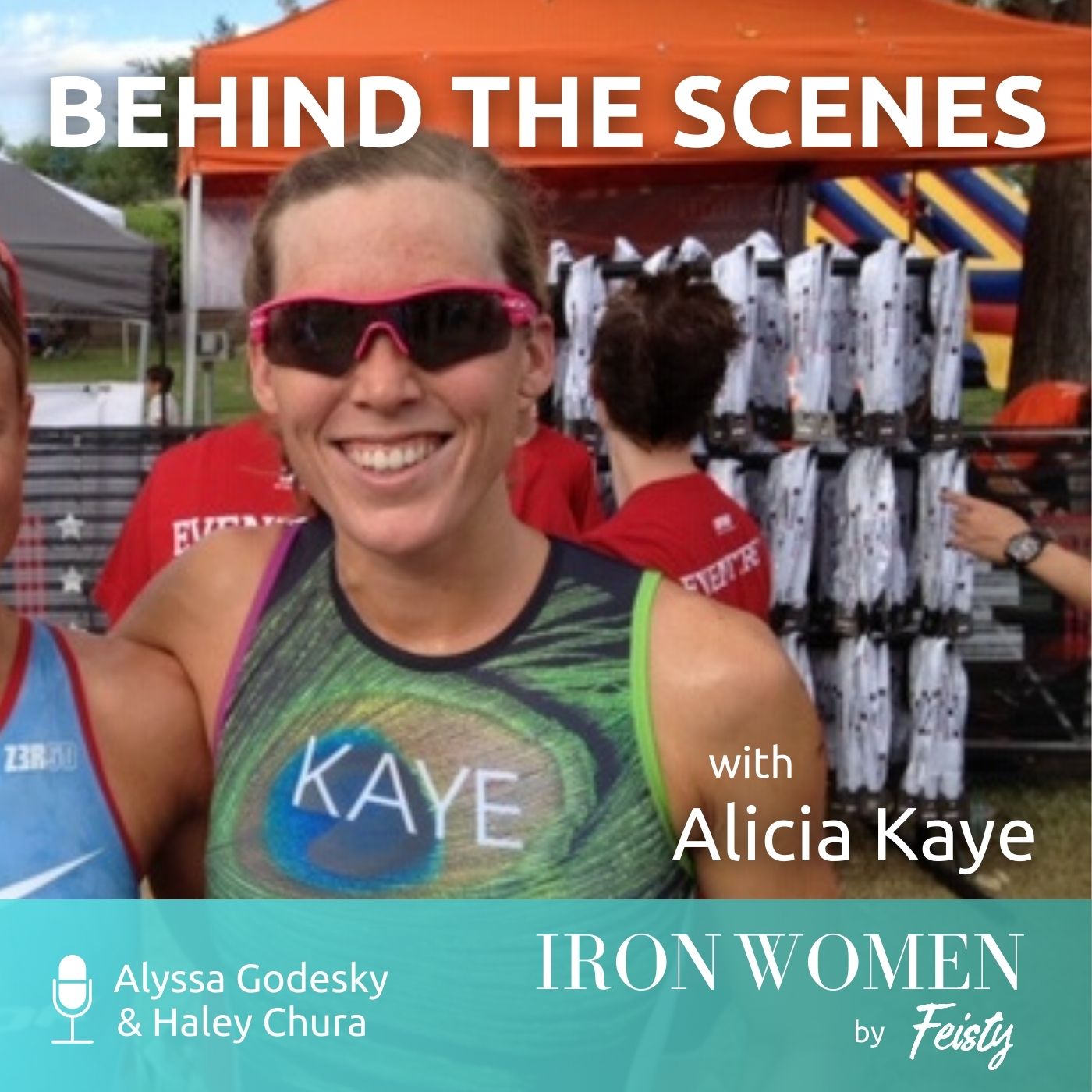