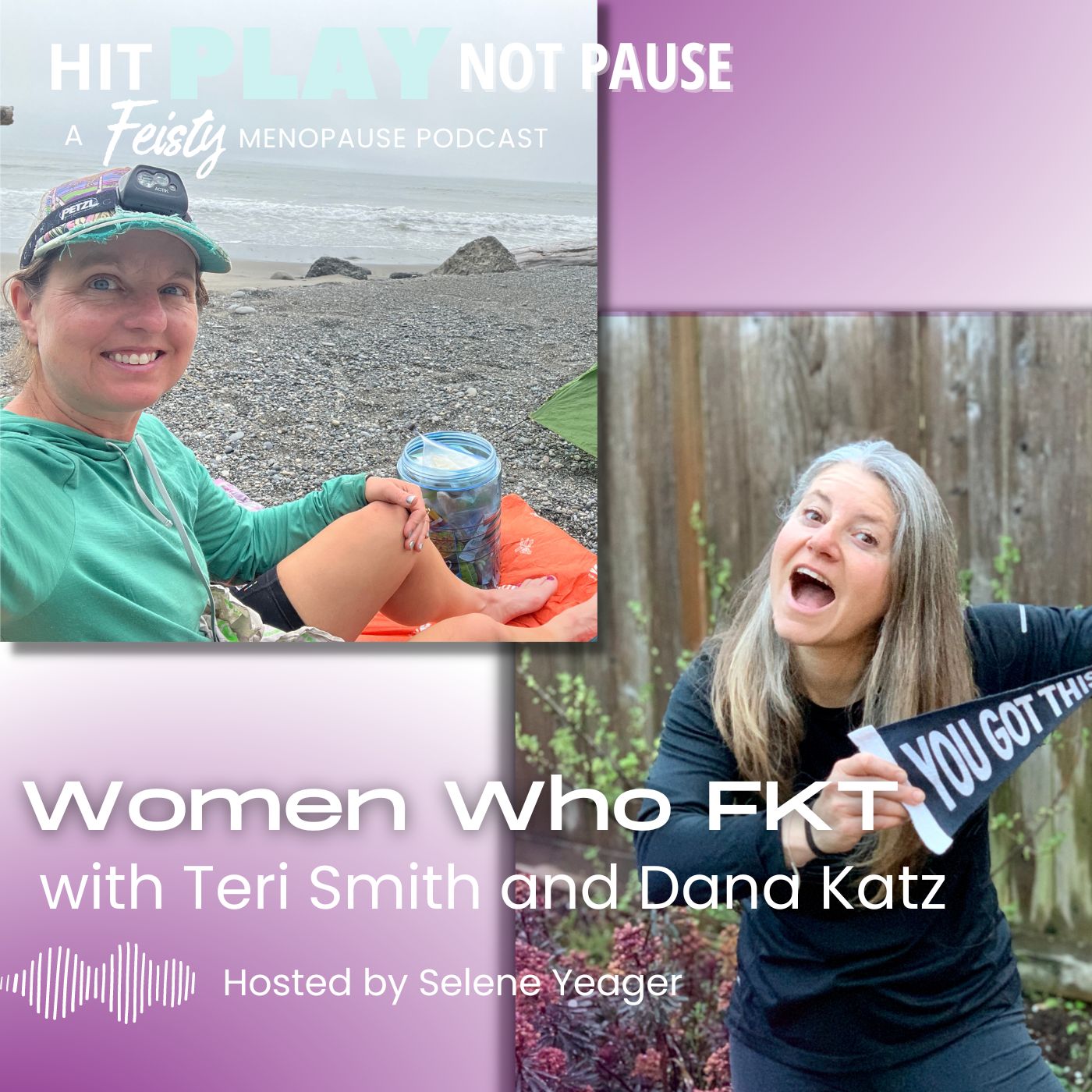 Want to challenge yourself without the pressure that comes with traditional competition? Feel like trying something new that won’t have you comparing your former self to your current self? This week’s guests Teri Smith and Dana Katz suggest trying an FKT, or fastest known time, a challenge where you run, hike, or in some cases bike or “multi-sport” along a route as quickly as you can to try and set an FKT. When perimenopause upended Teri’s competitive identity as an ultrarunner, her friend Dana coached her to complete an FKT—nearly 190 miles of traversing the Olympic Peninsula of Washington—and it transformed her life, as you’ll hear in her own words in this week’s show.

Dana is the owner and coach at UltraU in Portland and also coaches with Women who FKT. Teri is an avid backpacker, trail runner, cross country skier, and mom. They are both part of the Women Who FKT Project, a group of women who are on a mission to help more women and underserved minorities have meaningful adventures in the outdoors. You can learn more about them and their work at Women Who FKT.

Get your tickets to the Hit Play Not Pause Summit at feistymenopause.com/hit-play-not-pause-summit

Previnex: 15% off your first order with code HITPLAY at https://www.previnex.com/

Bonafide: 20% off your first purchase when you subscribe to any product with code HITPLAY at hellobonafide.com/hitplay

Nutrisense: Go to nutrisense.io/hitplay for $30 off any subscription to the CGM program

This podcast uses the following third-party services for analysis:

108: The Menopause 200 – An Ultrarunner’s Game Plan for Thriving Through Menopause with Kamm Prongay (Episode 108)
Play Episode