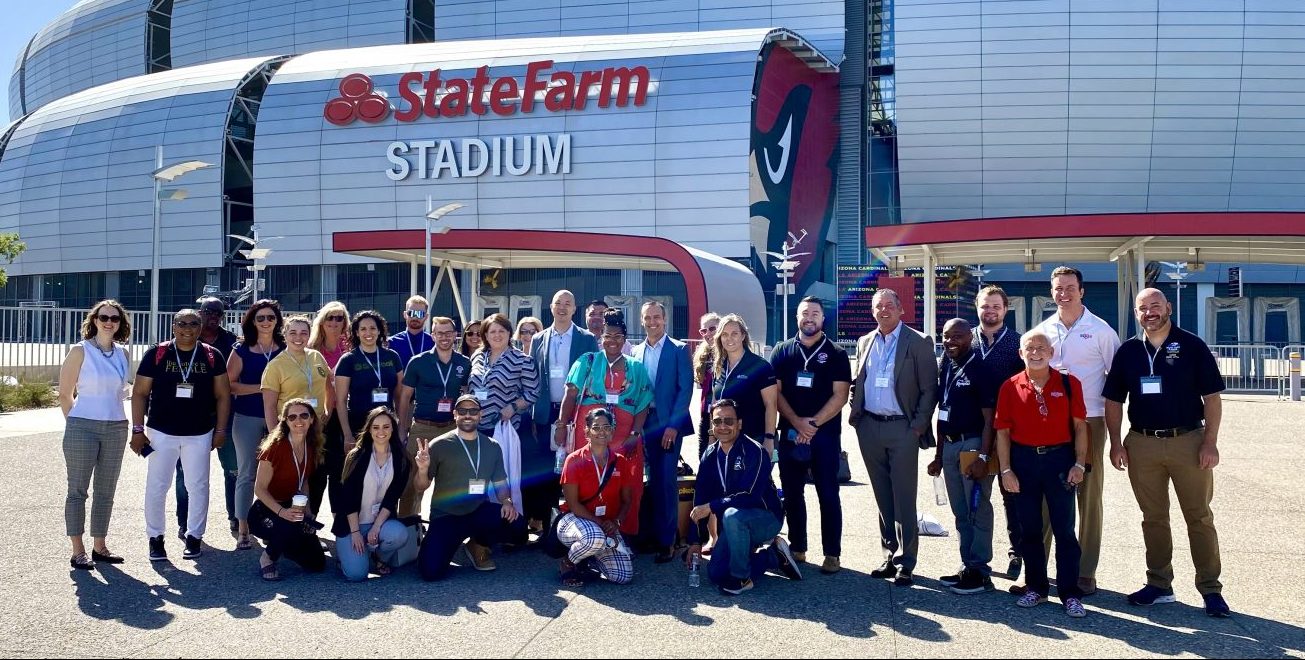 Feisty CEO Sara Gross, PhD on what she learned at the Compete Sports Diversity Summit, her personal failings with Jell’O and unsolicited advice about Spikeball.

You know those times when you feel like something has shifted for the better? Maybe you attended a concert with an incredible vibe, or ran a marathon, or read a book that offered a previously unexplored perspective?

Well, the Compete Sports Diversity Summit created a shift for me. For a long time, myself and our Feisty community have been working away in our little bubble trying to make sports more inclusive. And while I always realized that there are many communities of people out there who care about the same things we do, I didn’t know how to connect the dots.

What became incredibly obvious to me last weekend is: The secret to making change is to connect all the people who care about the same things and then let the magic happen.

And, with a little (or a lot!) of help from Compete’s CEO Eric Carlyle, we also figured out exactly how to connect people… but I’m getting ahead of myself. First, let’s talk about the Summit.

We had three Feisties at the Compete Summit: Kathryn Taylor, who runs two of our major brands and Dr. Lisa Ingarfield, co-founder of the Outspoken: Women in Triathlon Summit, plus myself (so basically a dream team :))

Here are my 5 main take aways from our weekend at the Compete Sports Diversity Conference:

My first, and perhaps most important, observation is that Eric, Jared and the team at Compete are mission and vision driven first. There is no question about their vision to unite the world through sports and their mission to educate, empower and inspire LGBTQIA+ sports organizations and allies to further sports diversity.

Additionally, as a new-comer, it’s very clear that the organization is built on supportive relationships, (many of them long-term) and a network of individuals who truly care about the future of sports.

2. The conversation about Inclusion and Equity is alive and kicking.

I honestly have never been in a room of people who were all doing the hard yards when it comes to DEI work in sports. They didn’t just talk the talk, they did the work.

This, combined with the “family feel” of the event created an environment in which meaningful conversations could take place. Conversations in which people were able to express pain, share stories and ask honest questions.

Something special was brewing.

Meanwhile at the bar….

I’ve never been a Jell’O shots kinda gal. I’m more of a traditionalist when it comes to shots – rum, whisky, tequila, etc…

My lack of ability to get that sweet, gross mess in me quickly did feel like a personal failure of sorts, but I’m over it. It was a learning experience.

Sunday morning after a hilarious drag brunch, some encouraging announcements and an awards ceremony, I played Spikeball for the first time and it was exceedingly fun.

For those who don’t know what Spikeball is, it’s the company that makes equipment for Roundnet. That probably doesn’t clear it up.

Here’s a video if you really want to know:

I thought about it after… Why did I love playing that game so much?? The answer is this: after a career in the extremely linear sport of triathlon, it felt good to flex my lateral motion and hand-eye co-ordination muscles.

I promptly ordered my own equipment, so I will be at Thetis Lake beach playing Spikeball this summer. You can join me if you want. If you also come from a sport that doesn’t require lateral movement and hand-eye co-ordination, I highly recommend you take me up on that offer.

5. Anything actually is possible

On Saturday afternoon, Kathryn hosted a panel on Women’s Sports Leadership and then Lisa led small group discussions on intersectionality and the power of calling people in (instead of calling them out). Then I announced our new women’s leadership initiative, in partnership with Compete Sports, LEGACY.

Sometimes I feel like the task of creating equity for women in sports is too big. We will never get there. If you think about how much money, media and resources are spent on men’s sports (especially the big 5: Football, Basketball, Hockey, Baseball and Soccer) in the US, compared to women’s sports, its pretty scary and intimidating to even think about what equity might look like and how we might get there.

But being in that room on Saturday, surrounded by folks saying “How can we help?” or “Let’s work together” made me feel like anything actually is possible.

I’ve been honing in on the right language for what this project is for several weeks.

LEGACY will bring together women leaders and allies who care about women’s sports from across industries.

Our goal is to pair event rights holders with tourism boards and potential sponsors in order to grow women’s sports events and women’s sports leadership.

If I’ve learned anything from Eric and the team at Compete, it’s that when you bring together the right people who really care a lot about the same things, that’s when the magic happens.

So let’s create that network. Feisty Media, in partnership with Compete Sports Diversity will be hosting an annual Summit on Women’s Sports Leadership as well as creating a network of folks who care about growing women’s sports, plus offering education and an online community.

If you are interested in being part of it, please register for our newsletter so we can communicate with you!

After the conference Kathryn and I watched the new documentary about Pink (yeah, the singer). Besides lighting a desire in me to fly across stadiums filled with hundreds of thousands of people attached to a series of cables and bungees, I also laughed at a tweet from a fan about to attend their first Pink concert: “If I die under the weight of the musically-expressed, fight-the-patriarchy-ness, know this: it’s how I wanted to go.”

And seriously, if I die trying to help folks of every gender expression know the power of mind and body that comes with physical fitness and playing sports, I will also die happy.