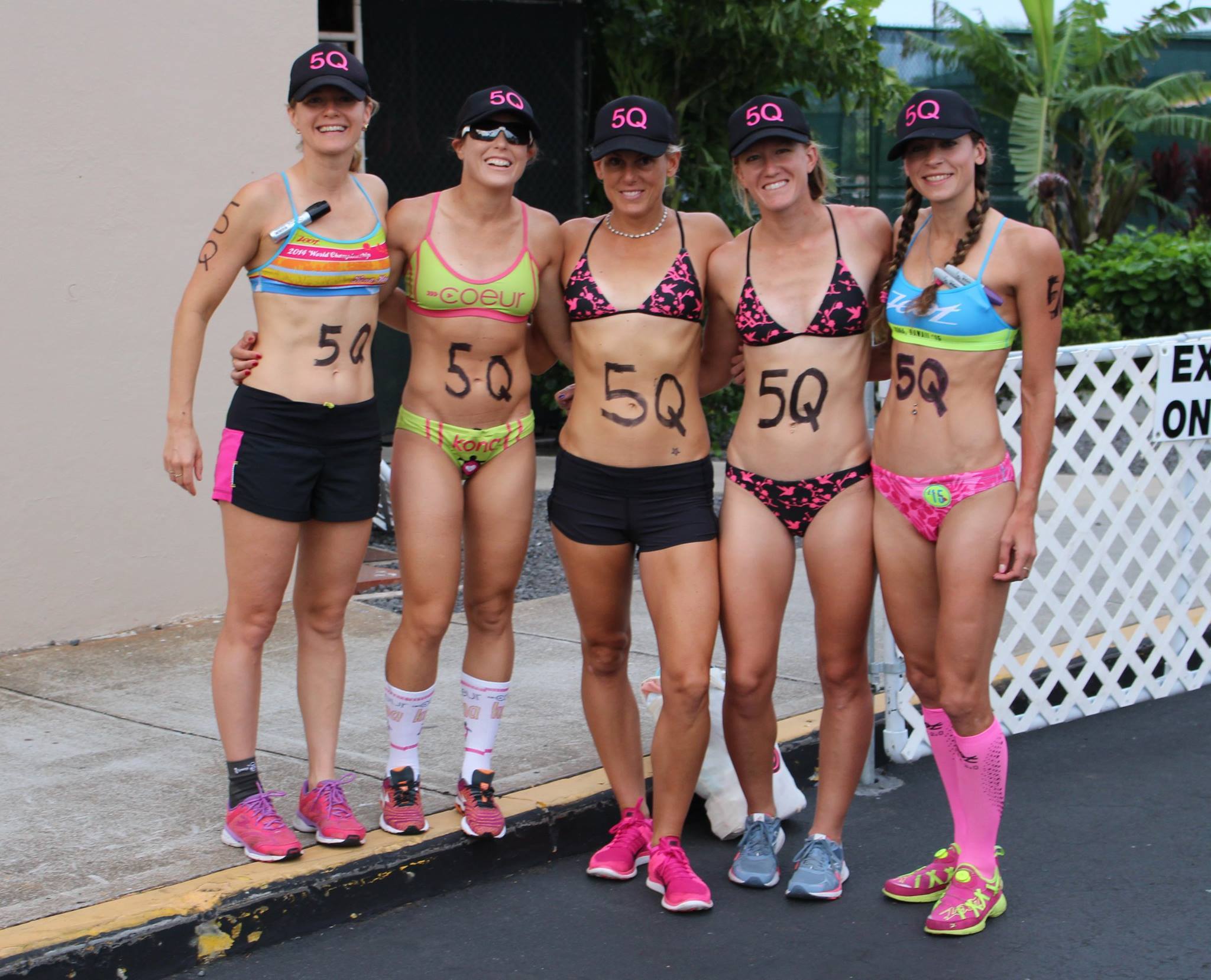 This year we celebrate equal slots for male and female pros in Kona…but is it really that big of a deal? After all, triathlon has been pretty equal since its inception. Kelly O’Mara explores that question as we prepare for the Ironman World Championship in Kona.

Triathlon is not an old sport.

Debates vary on its exact historical origin, but most people agree that modern triathlon is only about a decade or so older than me (ie. it’s approximately 48 years old, as a sport). And, generally speaking, we also all agree that it didn’t really take off as a sport until the 1980s.

In 1982 Julie Moss crawled to fame and the next year one thousand people signed up for the Hawaii Ironman.

Since those early years, triathlon has been a relatively gender-equal sport when compared to other sports. Sure, just fifteen men completed that first Ironman on a drunken bet of masculinity but the next year women were on the start and finish lines, and fairly quickly after that (see: Julie Moss, Paula Newby-Fraser, Erin Baker), they were also starring in this burgeoning sport. Men and women have always raced the same distances on the same courses. They had the same number of spots on the startline when triathlon became an Olympic sport. And thanks to Erin Baker, who loudly and adamantly pushed for equal prize purses for men and women, they’ve almost always had the same prize money.

It’s relatively easy to achieve approximate equality when your sport isn’t that old. You don’t have an excuse. We have never grappled with the decades of ingrained sexism that cycling often battles. Triathlon wasn’t even a sport before Title IX was penned. We haven’t had to wrestle with the running debate over whether it’s fairer to keep women at shorter distances in order to preserve the history, pride, and records or to move them to the longer distance that the men run. We haven’t had to wrestle with the conversation about why we automatically assume the male distance is better and whether we should make their races shorter instead of the women’s longer. We haven’t suffered through the sexist history that led to shorter distances for women in the first place.

See, phew, we’ve never had to argue about that. Triathlon has always just been triathlon, and triathletes tend to take a certain pride in that. We tend to say: ‘See, everyone gets the same cut-off times, the same opportunities, you can achieve whatever you set your mind to. We’re all on equal playing fields.’

But, of course, we all know that’s not entirely, exactly true.

We all know some people have nicer bikes, more expensive coaches, and go on multi-week training camps. We know that even people with the same amounts of money might have different things going on in their lives or different obligations and expectations they carry with them. We know that women, on the aggregate, have to spend more time and energy on childcare and free household labor. They often “donate” their time so their male partners can workout. We know that minority communities in the U.S. have a long and often violent history of things like discriminatory pool access. We know all of this, but still, it’s pretty equal, right? It’s pretty fair, pretty good. We shouldn’t complain too much.

In 2015, a group of pro (and supportive age group) women started to complain. They started a campaign because the Ironman World Championships weren’t equal. Fewer spots (35) were allocated for the pro women, 15 less than for the men (50).

What followed was a seven-year debate. There were debates about the difference between equal and fair. After seven years of listening, I have come to the conclusion that fair can mean whatever one wants it to mean. There were debates about how many men compete in triathlon in the world versus how many women and why. There were charts trying to determine if the women’s field is comparatively as competitive, and what algorithm will tell us what the exact number of women is equivalent to the number of men.

There was also hand-wringing. Those who said: ‘It doesn’t really matter, what’s 15 women anyway? We have it pretty good, things are pretty equal, don’t complain. At least this isn’t cycling.’

There’s a principle that comes up throughout the academic history of feminism that has a fancy name, but let’s just call it what it is: the fear of backlash, of what could happen if we ask for too much.

I get it. It’s hard to live in 2022 America and not get it. But it’s also hard to live in 2022 and not want it all. I grew up in a time where Title IX always existed, where triathlon has always paid equal prize money, and where we always, by law, got to play the sports we wanted to play. It turns out you can’t tell someone they’re only sometimes equal.

And here’s the thing: None of triathlon’s ‘pretty good equality’ happened by accident. It happened because Baker, Marisol Casado, and Les McDonald fought for it to happen. Notably, it also happened because the pro men of the time stood with their female counterparts. They said, yes, there are fewer women, but there could be more; there are fewer women, but it’s not because they’re inherently not good. Talent is equally distributed, opportunity is not. This doesn’t have to be a zero-sum game.

This year, there will now be about the same number of pro-women as pro-men. The women will have their own day and their own race. (There’s a bit of wiggle room due to injuries, illness, and some shuffling from COVID backlog, but still.) Then, next year there will be two completely equal days of racing, just like has been hugely successful at the half-Ironman format: one for all the approximately 2,000 women, give or take—pro and amateur—and one for all of the men. They’ll cover the same course, with the same cutoff times, and the same number of athletes.

Will it be messy? Probably.

Will there be more debates about how good some people are and who “deserves” to be there? Yep.

Are there some valid conversations to be had about how many total athletes are the right number of total athletes? Sure, it should probably be 1,800 men and 1,800 women.

But it will also be amazing.

It will be a chance to write triathlon history, to create something for the next generation of women to grow into, to be more than pretty good. Triathlon is a young sport. We still always have time to change for the better. We don’t have to do things just because that’s how they’re done.

This year’s race will also be really, really exciting racing. It may be one of the best women’s races ever in the history of the world championships. (Fingers crossed.) There are, by my count, five women who could definitely win it, and all are at a level we haven’t seen before. It’s a race so many people have been waiting decades for: the best women on the planet, on their own, the TV cameras just on them.

Plus, those cameras will now include 15 more pro-women, who all have a story, who will all go home and tell their nieces, neighbors, and kids at the track about what is possible. And those little girls will remember. Next year, it’ll include approximately 2,000 age-group women, each of whom sets the example for someone, each of whom is the most amazing person someone knows. And those people will remember. We will remember.

In 1982, it just took one woman crawling down Ali’i Drive on TV to change our sport forever. Think about what we can do with 2,000.

Kelly O’Mara was editor-in-chief of Triathlete and writes the Triathlonish newsletter.

Follow Feisty Media’s coverage of the Ironman World Championship with the daily Women of Kona show at 5:00 PT starting on September 30th. Watch on YouTube or Facebook Watch