Eight things I learned at the Outspoken Summit

Eight things I learned at the Outspoken Summit 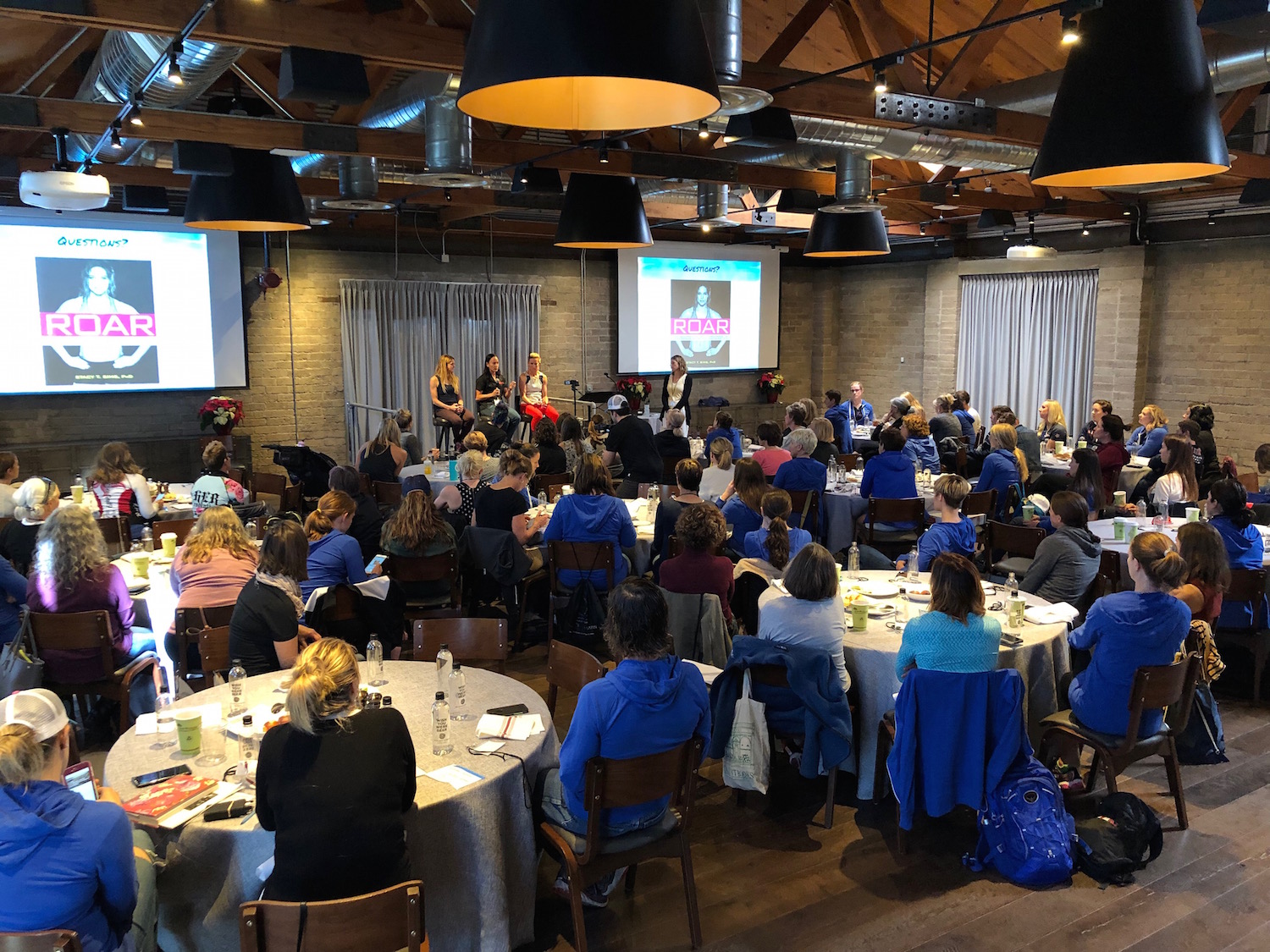 By the third day of the Outspoken Summit the event had a life of its own. I felt a shift in the power dynamic. At first the Summit felt like it belonged to Lisa and I and our handful of fabulous helpers, but two days later, I had the distinct sense that it belonged to “us.” To everyone there. To the collective.

On Friday evening, the 101 women and 4 men in the room were our guests and by Sunday afternoon, I felt like I was their guest.  And frankly, shouldn’t every conference feel like that? This will be my goal every year. 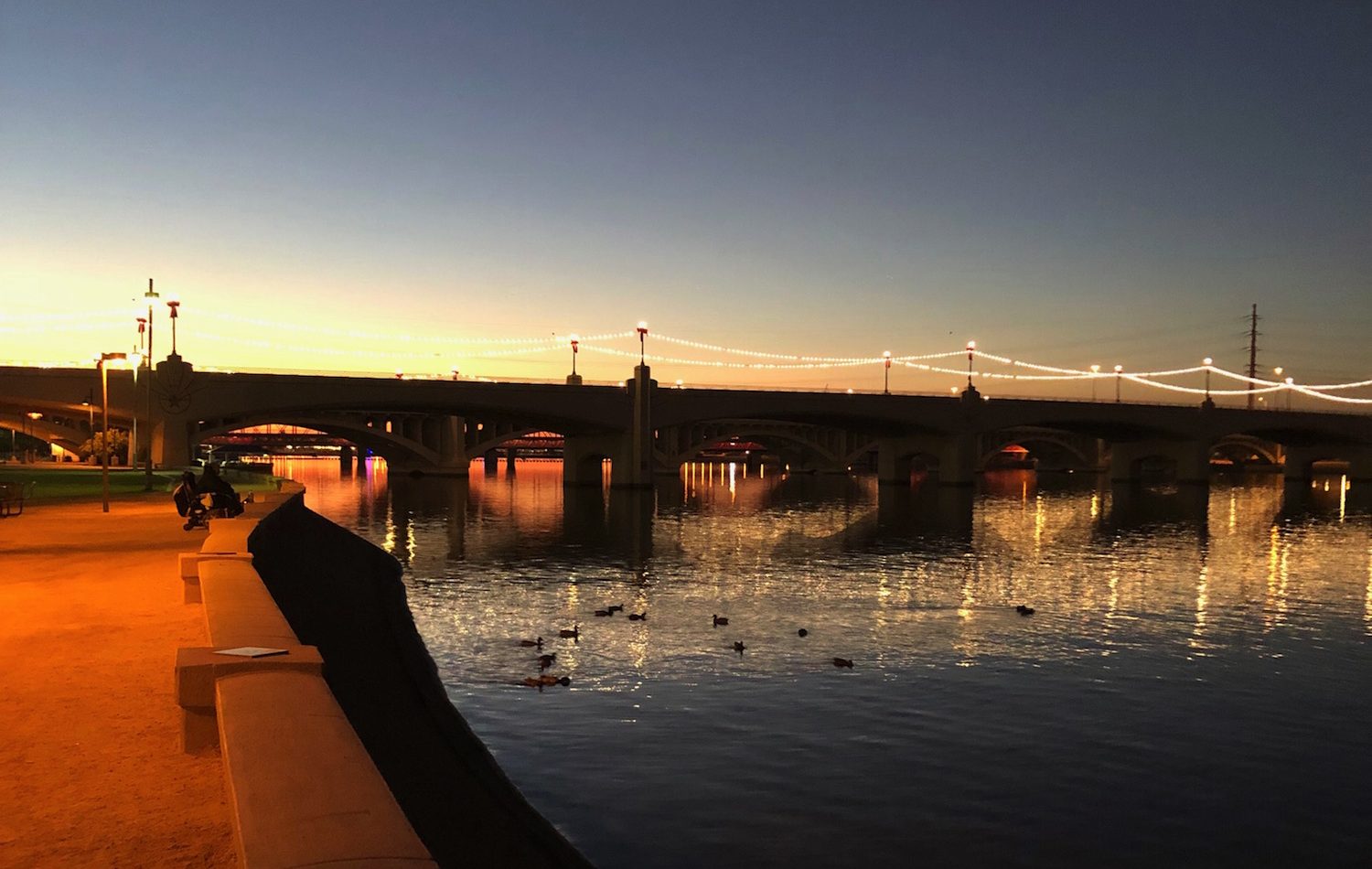 Here are a few things I learned from the incredible group of people who gathered in Tempe last weekend:

Over the course of the weekend dozens of people approached me to say “Thank You” and tell me how much they were enjoying the Summit. As an organizer, I can tell you that nine times out of ten, I’m smiling on the outside but on the inside I’m thinking, “OMG DID EVERYONE GET ENOUGH FOOD???” or “ARE THEY FREEZING THEIR BUTTS OFF OUT HERE?? (Arizona- you’re supposed to be warm – WTF??)” And when a friendly face is in front of me telling me how grateful they are, my heart swells. Be that person.

This was a first year event, people must have been unsure… “Can they pull it off?” Heck, I didn’t know if we could pull it off. And yet, every single presenter and speaker brought their “A Game.” Do Kyrsten Sinema, Meredith Kessler and Julie Moss have bigger fish to fry? Of course they do. But they all showed up, fully present and engaged. Always bring your best self to every task.

Ashley Wiles, presenter of the IronWomen LIVE videos did 10 interviews on Saturday. On Sunday morning… I won’t mince my words here… she looked like sh*t. Tired. Bags under eyes. Bed head. The. Works. But with Julie Moss on tap, the show must go on, so she took the mic. On the second question while live on camera, she stumbled, stumbled again, didn’t know what to say and then just spouted out, “Julie- you talk.” And like the champ she is, Julie jumped in with a story while Ashley composed herself enough to move forward with the interview.

Sunday evening, post-Summit, Ashley says to me “Did you see my interview with Julie Moss?” So we watched it. And we laughed. And then we rewound and laughed again – belly holding, face hurting, laughter. It’s so important to laugh at your mistakes. Ashley is a pro at this. Laugh at yourself.

I invited Diana Bertsch, VP of World Championship events at IronMan, to be on the “Where Are We Now” panel and then watched as she absorbed hard questions, took a couple straight up punches and even dodged a few during the questions round. I talked to Diana after and she was nothing but gracious and understanding. She knew going in she might get some hard questions and yet kept perspective on the Summit as a whole, saw the good energy and momentum that was being created and took the good with the bad. I hope to be equally gracious when it’s my turn to take a few hits. Take punches as an opportunity to learn. 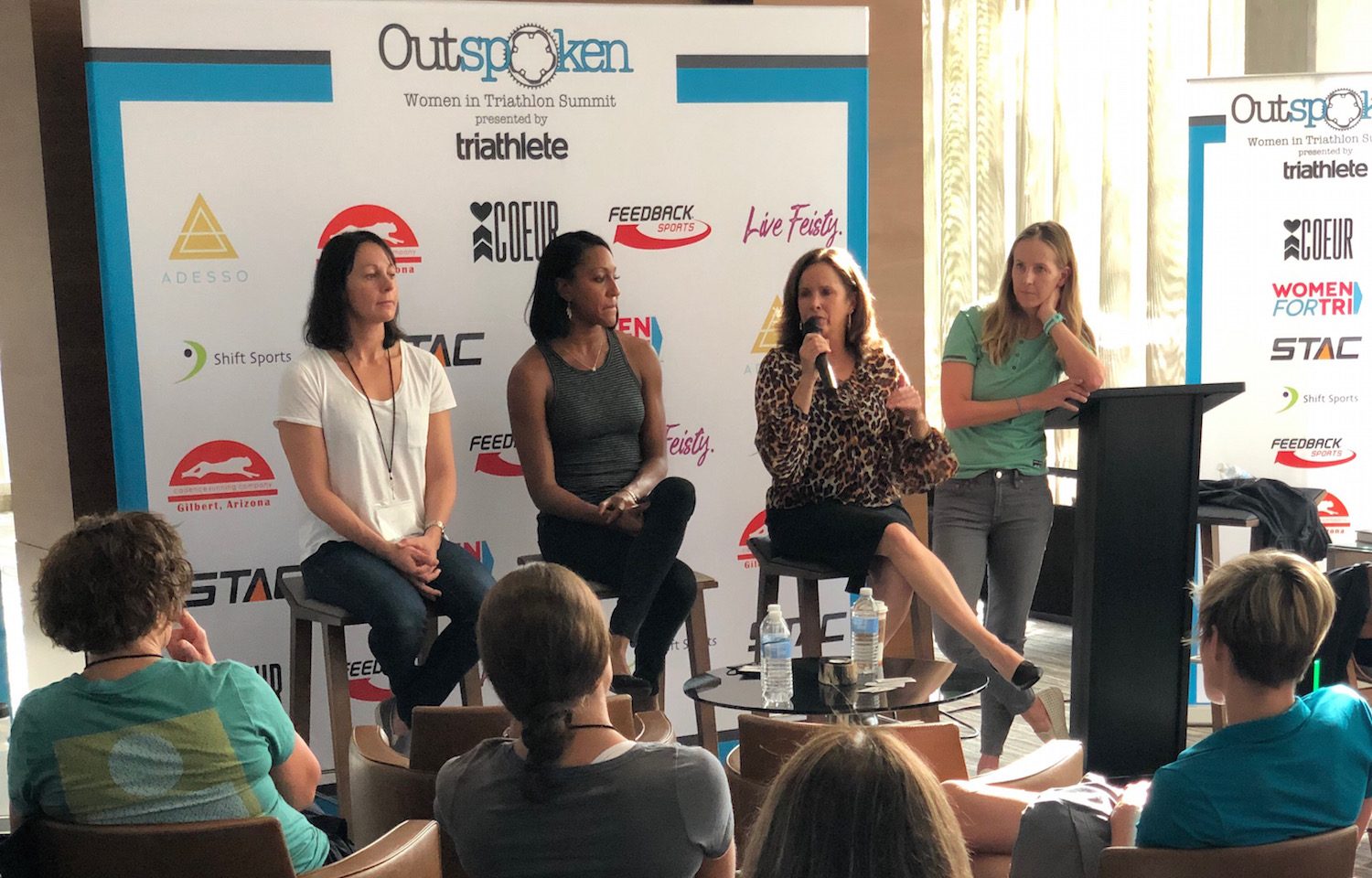 “Where Are We Now?” Rachel Joyce, Sika Henry and Diana Bertsch with moderator Erin Beresini

We knew going into the weekend that there would be moments of discomfort and that not everyone would agree on everything all the time. To make change we need to be willing to be uncomfortable. I was impressed by the people who asked the tough questions (see #4 above) and were willing to sit in that discomfort for a moment. I was impressed by trans athlete Erin Hamilton, who was willing to speak up even when I know she struggles with the sound of her own voice. Be Feisty.

6. Leave your ego at the door.

As an organizer, I felt apologetic about asking so many talented women to support us by speaking or presenting. I was acutely aware that many of our panelists and workshop presenters could have been keynote speakers. I didn’t want to dent any egos by asking them to do a “lesser” task. Turns out, I was the only one thinking about egos. Each and every one of these amazing presenters came without ego and graciously brought their “A Game” to the task. Never let your ego stop you from embracing an opportunity. 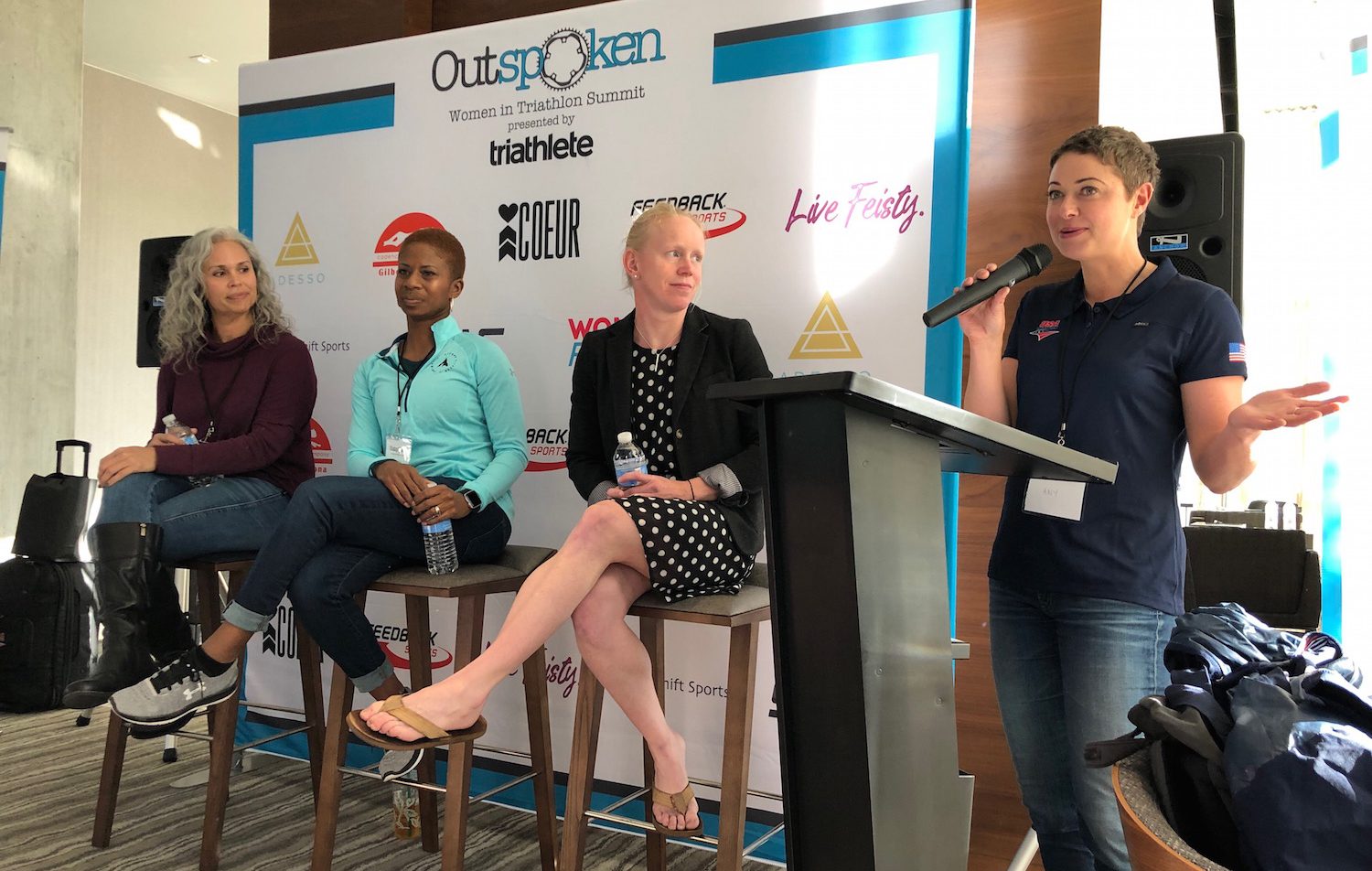 I had two teams working at the Summit. One was our Summit team – Lisa, Alicia, Glenda and myself, and the IronWomen LIVE video team – Ashley and Jessica. We each have different strengths and were given tasks accordingly. The Summit went off smoothly without a hitch (or, with only minor hitches) because everyone stayed on task, did what was expected of them (and more!) and played the role they needed to play for three days. Do these women have other talents that aren’t being expressed while they are dutifully stacking chairs or being a human tripod? Yes. (see #6 about egos). But they stayed in their designated lane for three days. Always stay the course.

We had some powerful moments throughout the weekend because so many presenters were willing to be vulnerable. Meredith Kessler set the tone on Friday by talking about embracing failure. Julie Moss had us wiping watery eyes on Saturday morning and Stacy Sims opened up about her struggles with mental health. Meredith Atwood. Stacy Perlis. Rachel McBride. Each of these women were vulnerable in their own ways. And there were no doubt more that I didn’t witness, in presentations and private conversations. It takes a strong person to be vulnerable.  Be that person. 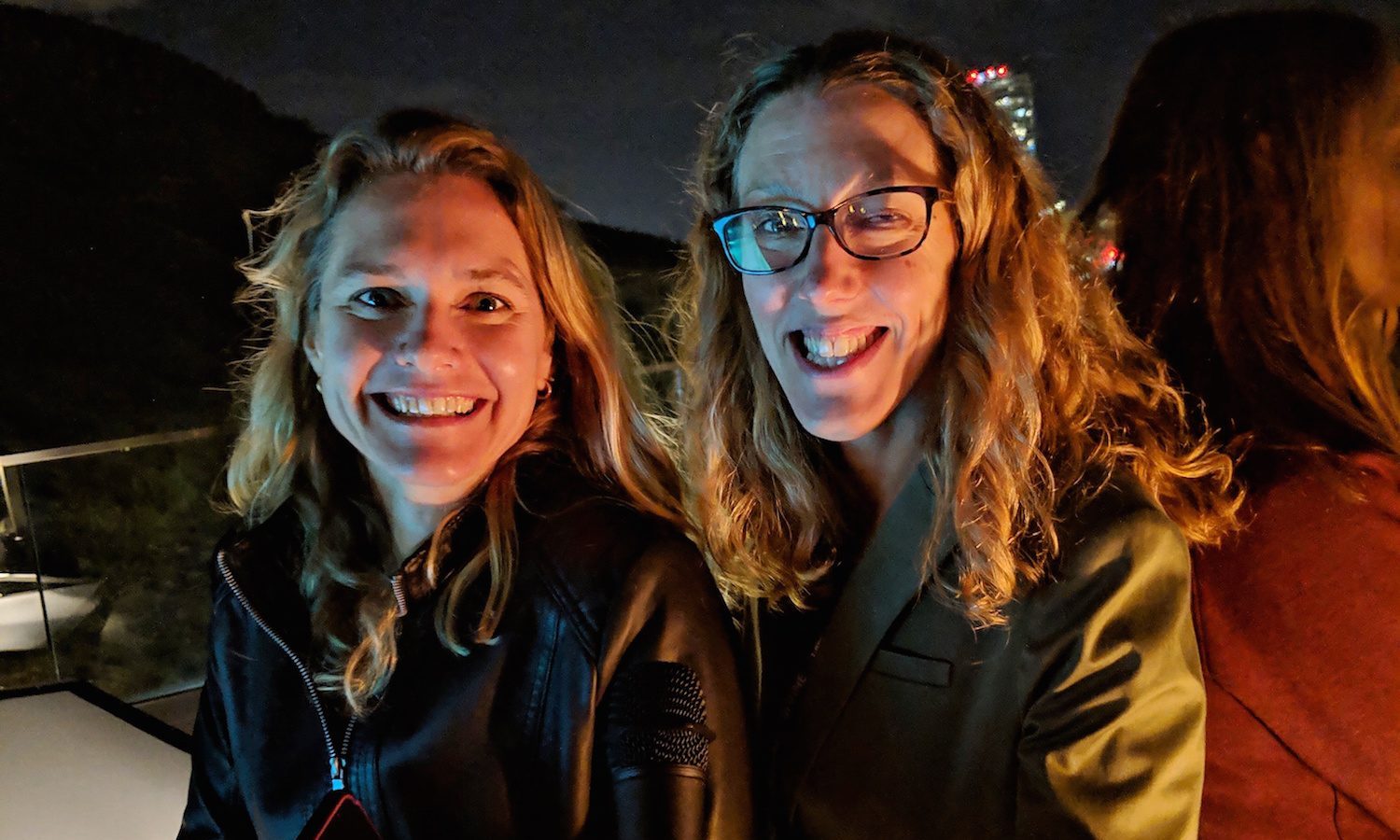 Lisa and I on the first night of the Summit.

When we travel to Ironman events to do LIVE video coverage, Ashley and I do our “Loves and Learns” at the end of each day. This is a tradition that she started and I embraced. There are many loves and learns that I have been scribbling in my notebook, dictating to my phone or typing on my computer since the Summit ended and I hope to continue this tradition every day. Today. Tomorrow. All of the days.

Thanks to everyone who supported the Summit in every way, big or small. I love you. Here’s to being Outspoken in 2019.