What Menopausal Women Really Need to Know About Weight

What Menopausal Women Really Need to Know About Weight 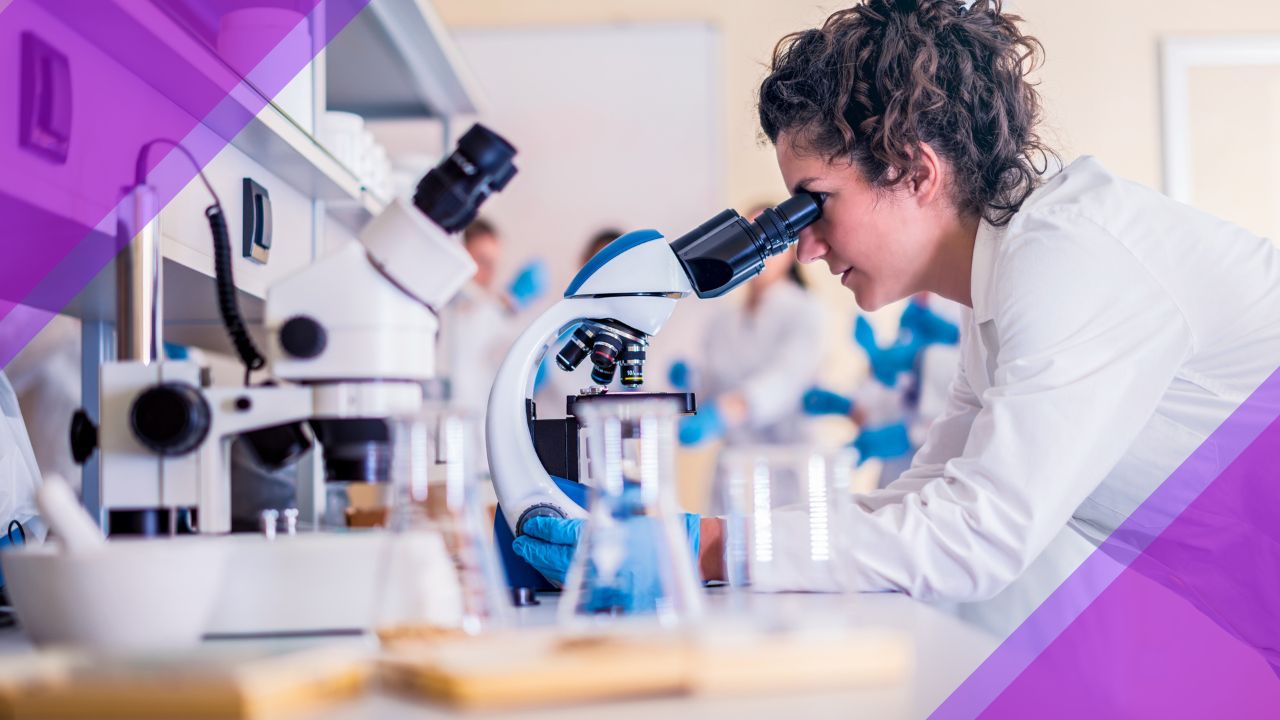 Menopausal women are the new target for weight loss diets, pills, teas, and gimmicks. Here’s what to know about weight before you buy in.

Weight loss is a topic that comes up a lot in our Feisty Menopause circles. It’s understandable because the menopause transition is a time when body composition shifts. Menopausal women are also the targets du jour for the weight loss industry and there’s not a day that goes by that someone isn’t pushing a special diet, tea, mushroom blend, cleanse, or potion promising to help us lose belly fat, inches, and pounds.

We do our best to provide guidance for working with your changing physiology through strength training (lift heavy sh*t), fueling strategies, and myriad lifestyle modifications. But it’s also important to recognize that bodies change and each of our transitions through menopause will be different. We all can benefit from a blend of trial, error, and yes, acceptance.

Contrary to the marketing, there are no simple universal “solutions” to weight gain. More importantly, research is clear that body fat is not all “bad”. As someone who has been a health and fitness journalist, science writer, athlete, and certified trainer and coach since the mid-90s, I’ve spent decades poring through and reporting on the science of weight. Here’s what I think is important to know.

Weight Loss Stories Are Often Misleading
Years ago, I would often work as the personal trainer for numerous weight loss programs that would become the basis of books and articles. The process was always the same: we would call in 15 to 20 people, knowing that we’d likely only get 4 or 5 “success stories.”  The same thing would happen each time. A handful of people would lose weight and/or inches. Most would stay about the same. A couple would gain. Readers would see the ones who had success and not the rest. That’s just how it went.

This isn’t to say that those articles and programs were bullshit. Some people did have success. Just like Instagram influencers or other experts who promise weight loss very likely have a system that works for some people. It’s just important to recognize that for every person you see who has success, there are others who have not. And you’re not a failure if you find yourself in that category.

Also be skeptical of splashy headlines. I can’t tell you how many studies I’ve seen reported that generate big headlines over relatively small weight loss. A group of people put on a diet might lose four pounds over 12 weeks, which is fine, but headline writers will make it sound much larger.

The Science of Weight Gain and Loss Is Anything But Settled
Humans are not test tubes. We’re complex beings with unique genotypes and phenotypes and microbiomes and hormones. If there was one “answer” for weight management, we’d all know it and the diet industry wouldn’t be a thing.

The biggest names in research argue all the time about what has led to weight gain on a population level. PubMed contains thousands of citations on the topic. To quote some of these papers: “Many lines of investigation demonstrate that body weight is controlled by complex and interconnected systems involving multiple organs, hormones, and metabolic pathways. Common genetic variants, acting on these systems, may explain >20% of the population-level variation in BMI.”

Even calories are not as straightforward as we’ve been led to believe. The number you see on a label is based on approximations from 19th-century lab experiments. This piece from Scientific American explains that how many calories we extract from any given food depends on myriad — often unknowable — factors. Again, we’re not test tubes.  We’re also not Bomb Calorimeters.

There are many studies that illustrate that when it comes to weight, a calorie is not a calorie is not a calorie. But one study that has always stuck with me is this fascinating paper showing how rats fed soft food gained more body fat over a 26-week study than their counterparts who ate crunchy pellets, even though the number of calories and nutritional content of their lab-controlled diet was identical. I know rats are not humans, but this is still telling.

Speaking of humans, scientists are still trying to understand human metabolism. Back in the late 90s and early 2000s, I wrote my share of “Master Your Metabolism!” stories. I’m sorry. I was part of the narrative that metabolism was the holy grail of weight management. Your basal metabolic rate (BMR, how many calories you burn at rest) is just part of the picture. A landmark study that came out in 2021  (that I covered here) shows that BMR holds pretty constant over our adult lives and when it does decline in our 60s, it’s not linked to an increase in weight. The bottom line is there are myriad factors at work, including insulin sensitivity, muscle protein synthesis (how well you make and maintain muscle, which impacts your energy expenditure), the influence that changing hormones have on these factors as well as fat storage, and more.

Speaking of hormones. The hormonal changes of the menopause transition can trigger 34 known symptoms including changes in your menstrual cycle (of course), hot flashes, night sweats, mood disturbances like depression and anxiety, sleep disruption, headaches, urinary tract issues, vaginal dryness, and yes, body composition changes and weight gain, as is the topic of this literature review titled Understanding weight gain at menopause published in Climacteric.

Another factor that’s increasingly getting attention is the gut microbiome. A study published in mSystems, an open-access journal of the American Society for Microbiology, plainly concluded: “Gut microbiota influences the ability to lose weight in humans.”

Finally, there are also many environmental factors at work here. Sure, there are the obvious ones. There’s no doubt that portion sizes have increased; people are consuming more fast food, restaurant food, and sugar-sweetened beverages; we have more automation, and we’re moving less…all those things are true. There are also unseen players in our environment that may end up being more important than we think like the impact of plastics, pesticides, and antibiotic use.

If someone tells you they have the answer, they don’t.

Weight’s Relationship to Health Is Not Straightforward
We often associate weight with health, but those connections are not straightforward. A UCLA study of more than 11,400 adults, roughly half men, and half women, published in the Journal of the American Heart Association last year found that having higher muscle mass was associated with lower death rates from cardiovascular disease in both men and women. However, in women, but not men, higher body fat was also associated with a lower risk of dying from heart disease. The researchers concluded that women specifically should prioritize building muscle mass over losing weight to improve their cardiovascular health. Some research also has shown that being overweight (according to BMI, which is problematic in and of itself) is associated with a lower risk of premature death.
Where fat is stored appears to be a big part of this story. Men store most of their fat in the abdominal region, which includes the deep visceral fat that is known to increase heart disease risk. Though women start to store more fat in their abdominal region during and after the menopause transition, we still store more in our hips and thighs, and that fat is associated with healthier lipid and blood sugar levels and lower cardiovascular disease risk and can offset the risks that come with additional belly fat.

An older study in the Lancet that reviewed data from more than 27,000 adults from 52 countries found that people with a larger hip circumference have a lower risk for heart attack. Another study of more than 9,500 adults published in 2020 reported that a large thigh circumference was linked to lower blood pressure and a reduced risk for heart disease in people who had been classified as overweight or obese, regardless of their weight circumference or BMI.

Bottom line: None of this is to say it’s “bad” to want to change/manage your body composition. It’s also not to say that there aren’t training, nutrition, and lifestyle strategies that can help. But you shouldn’t feel like a failure if your body has changed. And hopefully those changes won’t stop you from living and enjoying your life. I’ve worked with a lot of women who always seemed to be waiting to lose weight to begin living and women who sort of stopped living when they gained weight. I found both heartbreaking. This life can be a difficult, emotional journey for women. But we are so much more than our weight. My hope is that we can lift each other up and take a little weight off each other’s shoulders and minds as we manage this transition together. 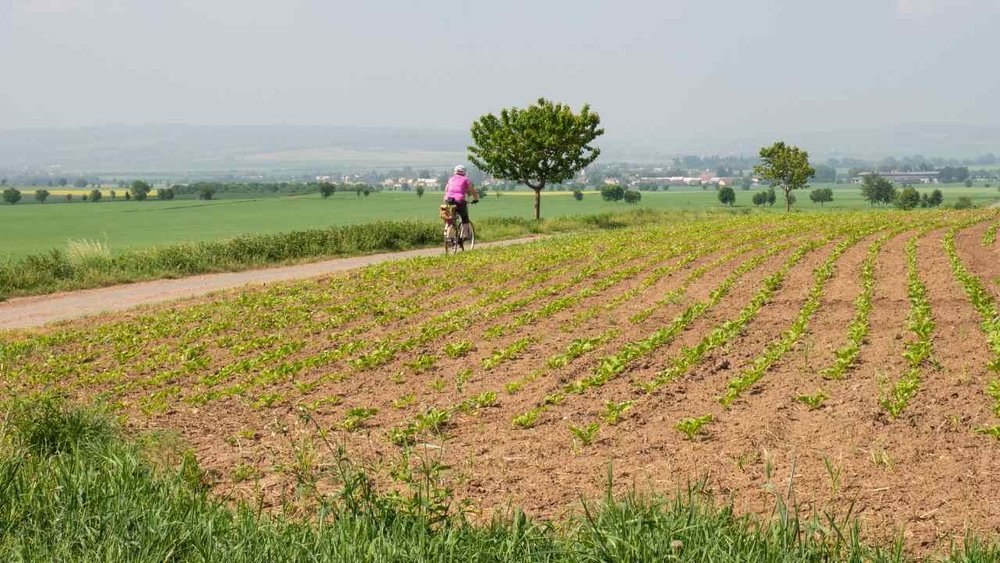 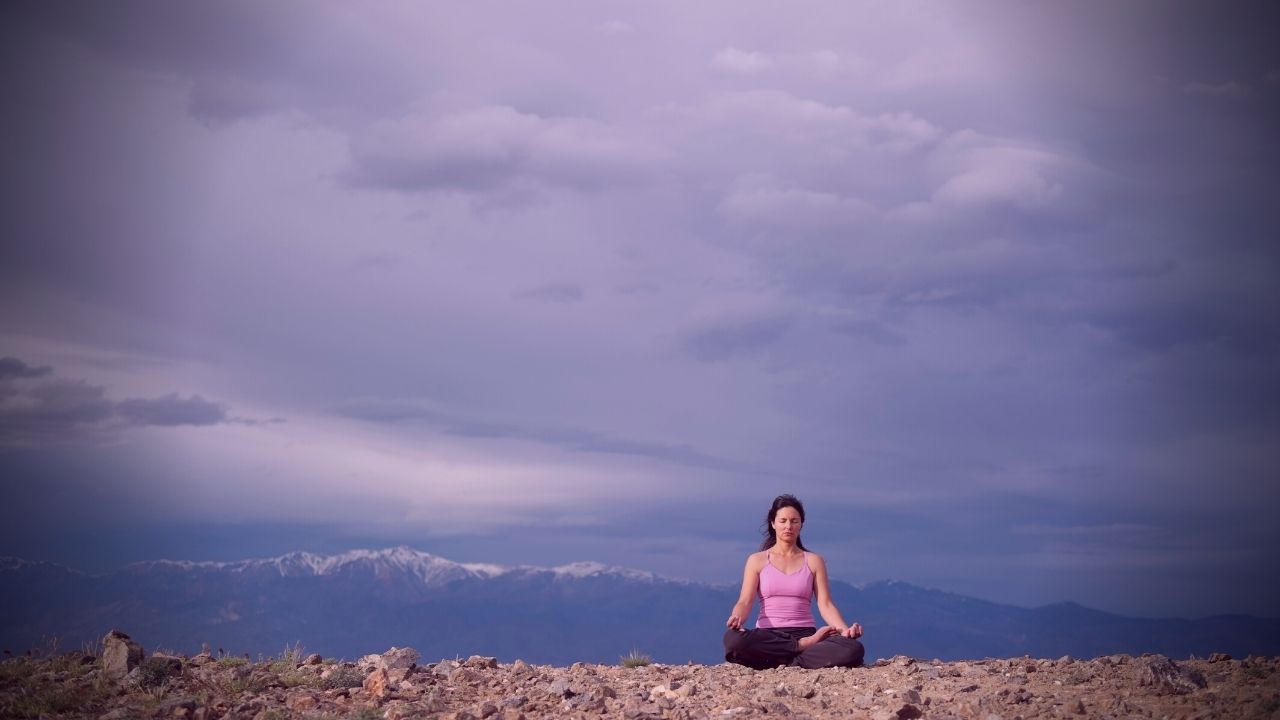 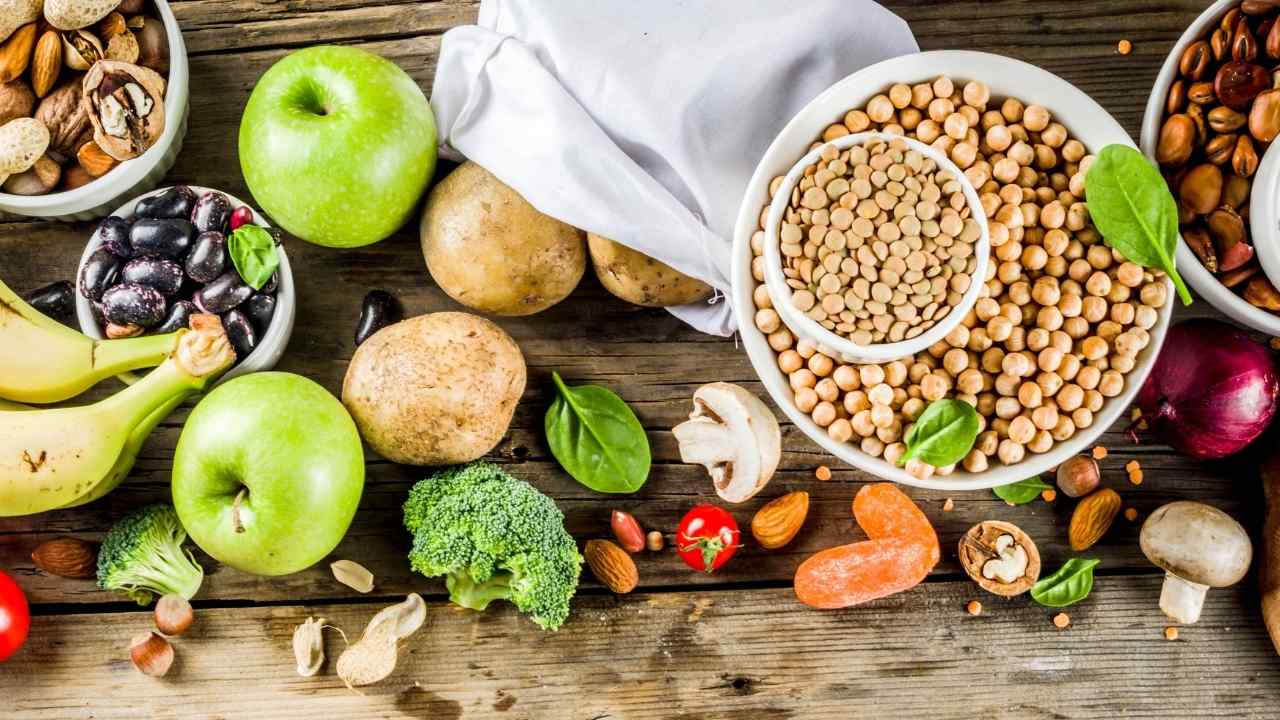 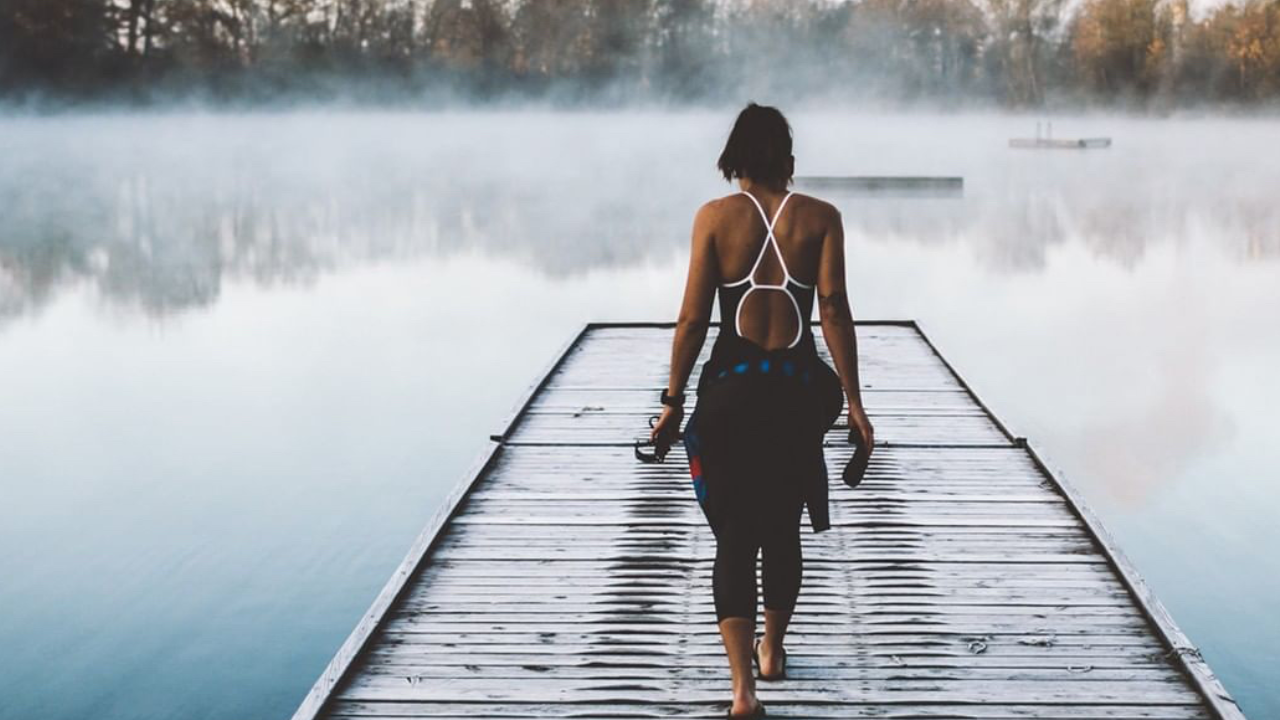 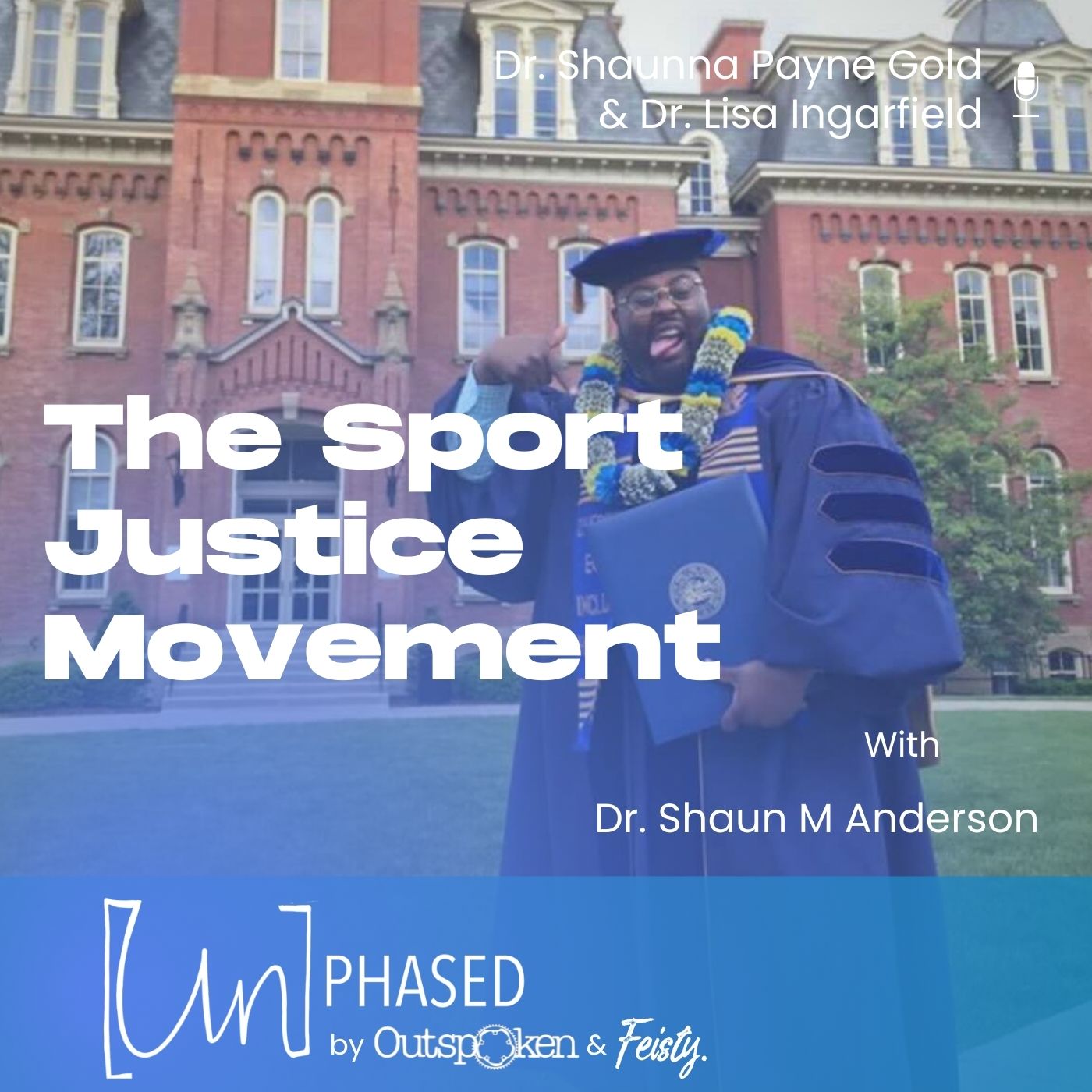 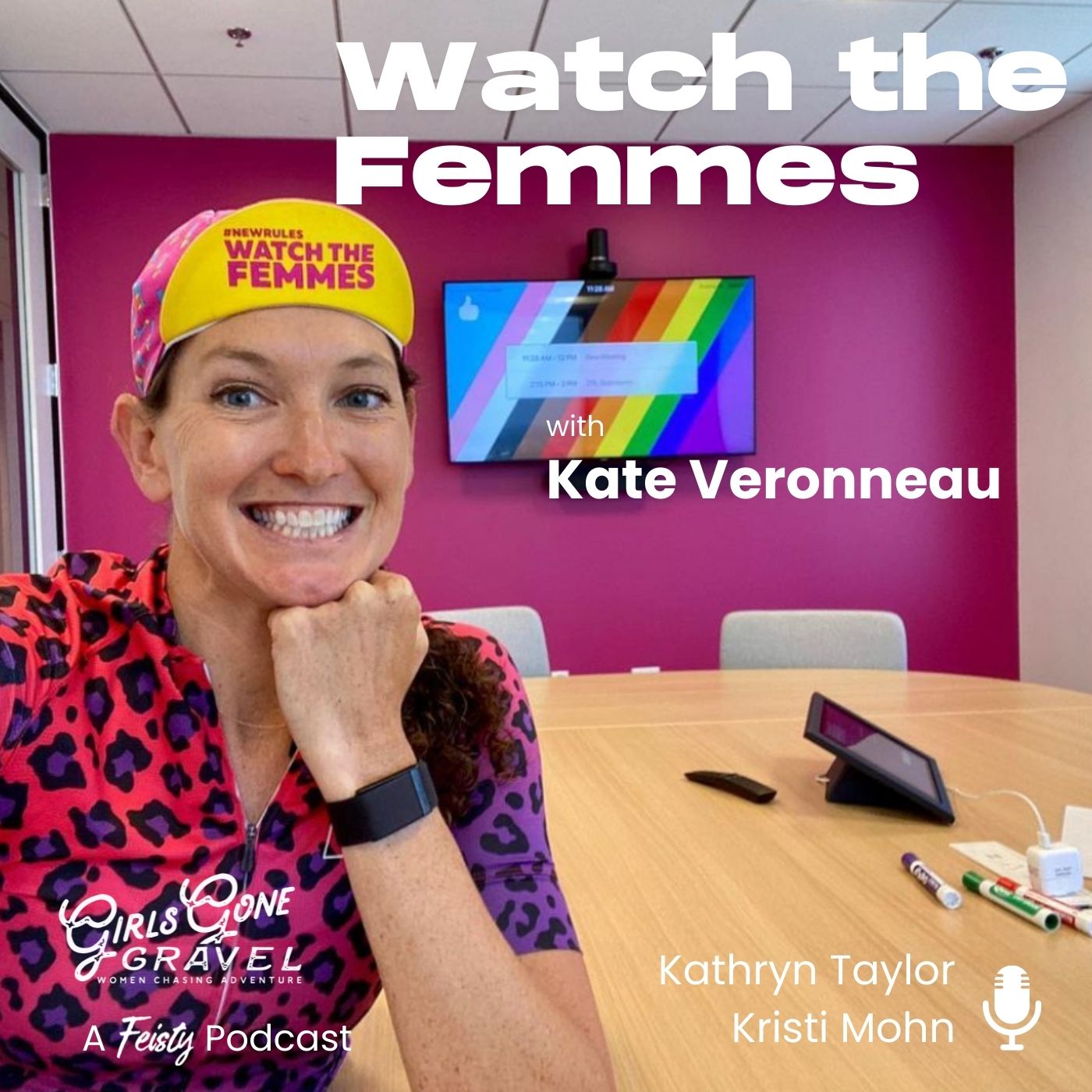