Why Should I Go to a Race if I Don’t Want to Compete?

Why Should I Go to a Race if I Don’t Want to Compete? 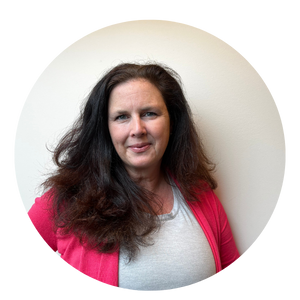 Based on many of the comments I see in our Girls Gone Gravel Facebook group, there’s often a misnomer around gravel races and competition.

It’s true, a percentage of people do show up to race with a podium slot as a goal slot, but that percentage is often much smaller than is perceived by others.

Most folks are at events to experience a fun day with a community or to achieve a personal performance goal. Those goals range from finishing the event under the time cutoff to getting a personal best on the ride.

And while the pointy end of the race often gets the most coverage, the majority of folks are there for the experience.

If you go back to the original definition of ‘to compete’ it means to strive in common, strive after something in company with or together.

Today that word can mean

‘to take part in a contest’

or to strive to gain or win something by defeating or establishing superiority over others who are trying to do the same.

It’s funny that we often go to that second definition of competition even though that’s the modern-day evolution of the world.

A lot of us don’t like the pressure associated with viewing competition as something to win or lose. Some folks do. I love celebrating these folks. It’s fun to see them at the top of their game and especially fun for me to see women putting a hand up and saying, I want to win today.

But the majority of folks who up on race day are there to strive after something with company. There’s an energy that is electric at the start line. Folks excited to take on a challenge, the nervous energy of not knowing how the day will unfold, the buzz of community, and the sense of accomplishment at the finish line.

Don’t get me wrong, it’s not all rainbows and daisies. Often (esp at the longer events) we experience dark moments on the ride. Anxious reactions can be interpreted as rudeness. Once when I was at mile 8 of a very painful run on a half Ironman, a woman with good intentions started following me and ‘cheering me on’ to run. Intellectually I knew she was trying to be helpful but emotionally I wanted to murder her at the moment. I believe I asked her to direct her enthusiasm to someone else.

The thing about competition is you get to choose how you want to show up for the day.

You get to choose if you want to show up and race for a podium spot.

You get to choose if you want to train for a personal best.

You get to choose if your goal is to make the time cut-offs and meet new people on the course.

Kathryn is a triathlete turned gravel cyclist, general lover of all types of outdoor adventures, and the Founder of Girls Gone Gravel. She has been published in USA Triathlon Magazine, Cycling Tips and has been a regular contributor for Triathlete Magazine articles. She works full-time for Feisty Media as a brand manager, helping active, performance-minded women find the resources they need to do the things they love.