Can’t sleep? You’re not alone. Sleep problems are common — and often misdiagnosed — in menopausal women. Here’s what you need to know.

It’s 2 a.m. and you’re practicing deep, controlled breathing; counting backward from 30; mentally reciting poems from your childhood, and wondering for the umpteenth time if you’ll ever sleep through the night again. And it sucks.

“Most often women will say, I don’t know if I’m depressed because I’m tired, or if I’m tired because I’m depressed,” says Andrea Matsumura, MD, a holistic sleep medicine physician and a partner at the Oregon Clinic in Pulmonary, Critical Care, and Sleep Medicine in episode 91 of Hit Play Not Pause: You Deserve to Get Good Sleep.

Though many women can fall asleep just fine, staying asleep is a challenge for many women during this time of life, Matsumura says. “Women basically have more fragmented sleep.” So you may be good for three hours, but then you start the middle of the night “please let me get back to sleep” cycle.

Hormones obviously play a major role in sleep disturbances – like night sweats – during the menopause transition, but there are other factors that get overlooked and may be underdiagnosed. Sleep apnea for example doesn’t show up with the same symptoms in women as it does in men, so doctors can miss it, Matsumura warns.

“Women have historically been ignored when it comes to sleep research,” Matsumura says. “And so, when I started my sleep practice, I realized very quickly that women were presenting very differently in their sleep symptoms.”

As a result, you may end up with a prescription for a sleep aid that often doesn’t work very well and doesn’t address the underlying causes of your nighttime waking. To get good sleep – and you deserve to get good sleep – you need to get to the heart of what’s causing the issues.

Before we get into some specifics, be sure you’re practicing all the basics for good sleep. That means winding down in the 30 to 60 minutes before bedtime, turning off the electronics, and performing a little bedtime ritual so you’re signaling to your brain that it’s time to relax and get some sleep. Avoid eating a big meal two hours before bedtime; avoid alcohol before bed, and don’t perform intense exercise right before you plan to go to sleep. Block out as much stimulation as possible; consider wearing earplugs and an eye mask. “These are simple, easy things that can make a pretty big difference in your ability to get to sleep and stay asleep,” Matsumura says.

All that said, many women have the basics down and are still waking up in the middle of the night. As your hormones shift during menopause, a number of sleep-wrecking issues can arise. Some are obvious…others, less so. The following are some common factors that might be keeping you up at night:

Obviously, if you start pouring sweat in the middle of the night like you’re at mile 17 of the Badwater 135 in Death Valley, you’re going to wake up. But nighttime hot flashes can be more subtle than that and you may have disrupted sleep without ever breaking a sweat.

Your hot flashes may be causing just enough of a disruption in your body temperature regulation to wake you up and mess with your sleep. So, you feel like you’re suffering from insomnia, but what you’re really suffering from is nighttime hot flashes related to your hormones. “Hot flashes are associated with more arousal and therefore with more middle of the night waking,” Matsumura says

Whether you wake up on soaked sheets or suspect hot flashes are causing your sleep disturbances, do not suffer in silence. Hormone therapy is an excellent option for treating hot flashes. There are also other medications, such as gabapentin, which can help with hot flashes and hence improve your sleep. Work with your doctor for the best course of treatment for you.

The risk for sleep apnea goes up and becomes similar to men’s once you’re postmenopausal. Hormones may be the reason. Estrogen and progesterone may protect airway patency (i.e., the activity of the muscles in your head and neck that allow you to breathe normally) before menopause. Women, however, may not show the same “classic” symptoms of sleep apnea, such as snoring, waking up gasping, or having someone witness them stop breathing in their sleep. So, when they go to the doctor because they’re not sleeping well, their doctor doesn’t register that they may have sleep apnea.

Women more commonly have REM-related sleep apnea, so they fall asleep pretty easily, but then they start waking up and have fragmented sleep in the second half of the night. “They’ll say, ‘I get a good three hours, but then afterward I have this horribly fragmented sleep. And I don’t know what is happening.’” Matsumura says. What’s happening is they have breathing disturbances that wake them up during this period when their muscles are most relaxed.

Though women present differently than men, the treatment is the same: getting more air through your airway. One way is a continuous positive airway pressure (CPAP) device, which provides a continuous flow of air into a mask that fits over your nose and/or mouth and provides just enough pressure to keep your airway open while you sleep. Matsumura is clear that if you go this route, be sure to work with your doctor to find a mask that fits your face.

“All those masks are made for men’s faces…even if it’s pink and has a butterfly on it,” she says. So, you may need to shop around for one that fits the anatomy of your face.

You can also try an oral appliance called a mandibular advancement device, which is made by a prosthodontist and is designed to pull the lower jaw forward a few millimeters to literally open the back of the throat.

Restless leg syndrome (RLS) is a condition that causes a desperate urge to move your legs, usually in the evening or nighttime. It creates a creepy crawly, throbbing, and/or aching feeling in your legs (though it can occur in other parts of the body) that creates an urge to move, which temporarily relieves the uncomfortable feeling.

There’s a strong genetic component to RLS and it is more common in women who have had children (it is also common during pregnancy), and the more children a woman has had, the higher the likelihood that she’ll have RLS. Though the exact underlying mechanisms are still not fully understood, iron levels appear to play a role. Some anti-depressants, particularly SSRIs, can exacerbate it, as can caffeine, alcohol, and smoking.

Limiting aggravating factors may help. If you take antidepressants and have RSL it may help to experiment with the timing of your dosages or even trying another drug.

Also, work with your doctor to dial in your iron levels. People with RSL have lower than normal iron stores in some regions of the brain, but may not be anemic or show up as having an iron deficiency in standard blood panels. You want to have your ferritin checked, Matsumura says. “Some research is showing that if you have restless leg syndrome, your ferritin levels should be close to 100 µg/l, which is above the normal range,” she says. Your doctor may recommend iron therapy as part of the treatment.

There are also prescription medications for restless leg syndrome. Whatever course ends up working for you, know that there are options to help you get the sleep you deserve.

Anxiety and stress can make it nearly impossible to stay soundly asleep. Some women swear by CBD for sleep because of the anti-anxiety effects (which can be particularly useful for menopausal women). We still need more research there, but it could be helpful. If you want to try it, give it a month, and see if it improves your sleep quality. Also keep an eye on CBN (cannabinol), which, as Matsumura explains,  is another cannabinoid that may have sedative properties.

Also consider trying a sleep app like Calm. Bedtime stories work for kids for a reason: they’re relaxing, and they help the child feel safe and sound before drifting off to sleep. Using a sleep app, which is designed to promote relaxation and lull you to slumber can have a similar effect.

If you’re suffering from chronic insomnia, which by definition is the inability to get to sleep and or stay asleep at least three times a week for at least three months, the best course of action is cognitive behavioral therapy for insomnia. It is an evidence-based form of behavioral therapy that addresses the behaviors that are causing you to be stimulated in your sleep and retrains your brain to associate bedtime with sleep.

Finally, one of the psychological phenomena that disrupt sleep is hypervigilance, when your brain will not come down from a state of high alert long enough for you to sleep through the night. Post-traumatic stress can lead to hypervigilance, as can any former trauma. Adverse childhood experiences (ACE) can make menopause symptoms worse and can disrupt your sleep. You may not be able to recognize this in yourself without a trained professional helping you tease it out, Matsumura says.

“I had a 70-year-old woman who had insomnia for decades because of a traumatic experience when they were 22,” Matsumura says. She needed to give herself permission to let it go. And once she was able to do that, her insomnia resolved. “Sometimes you need to do just that, give yourself permission to let go and say, ‘You deserve better. You deserve to get good sleep.’” 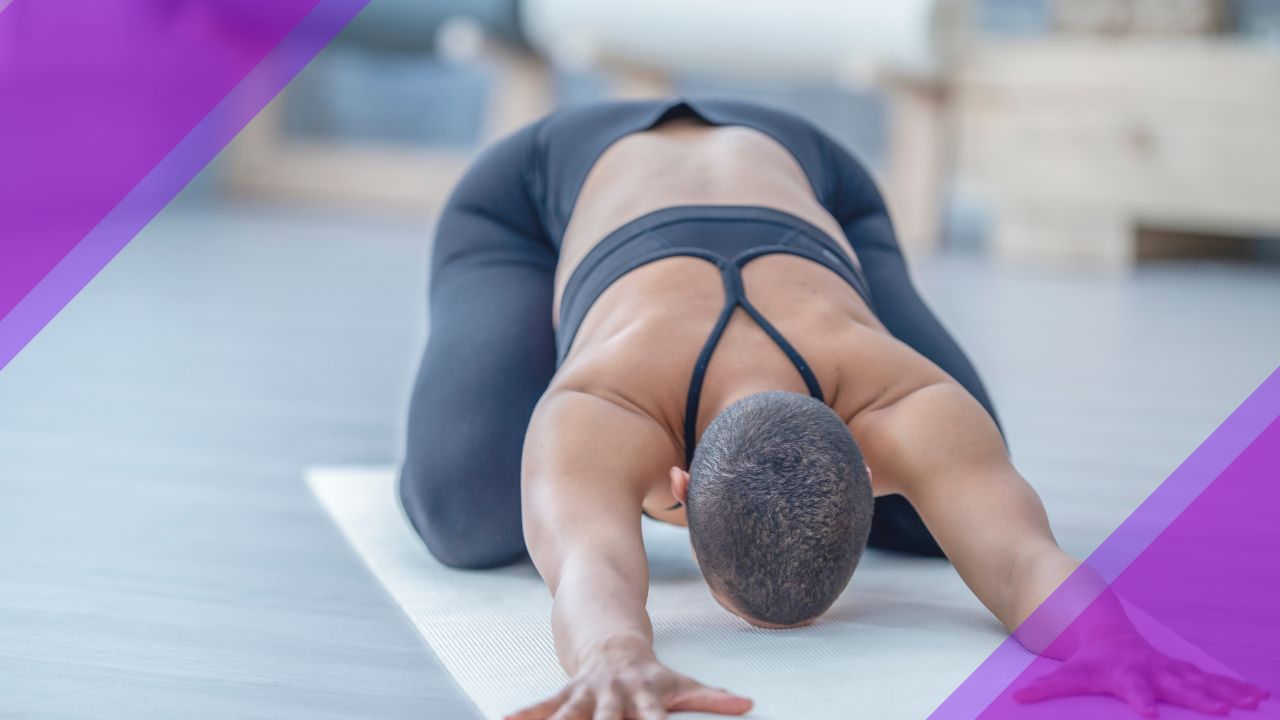